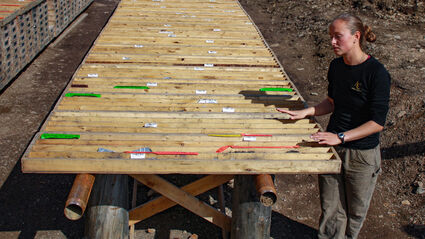 The mining sector has lost one of its rising geology superstars to a tragic plane crash in the Yukon.

ATAC Resources Inc. Vice President of Exploration Julia Lane was the lone passenger aboard the aircraft being flown by 24-year-old Shawn Kitchen.

Both Lane and Kitchen were pronounced dead at the crash site about 20 minutes by air from Mayo.

The Transportation Safety Board has sent investigators to the remote site to determine the cause of the fatal crash.

In an Aug. 7 statement, Yukon Premier Sandy Silver has committed government support to the investigation.

"We offer our sincere condolences to the families and friends of the pilot and passenger who were on board, as well as Alkan Air and Yukon's aviation and mining communities, who have suffered an immeasurable loss as a result of this accident," said Silver.

"We will provide all the support necessary to help the investigation into the cause of this accident, and work with our partners across the territory to prevent a similar event from happening in the future," he added.

At only 33 years old, Lane had already established herself as a rising star in mineral exploration.

Earning her Bachelor of Science degree in geology from the University of British Columbia, Lane had been working as a geologist, mostly in the Yukon, for about 13 years.

For the past decade this work has been at Rackla, where she was instrumental in ATAC's successful discovery of the first Carlin-type gold deposit, as well as the other exploration work the company has carried out across this enormous mineral-rich property that stretches roughly 185 kilometers (115 miles) across the Yukon.

Lane's geological knowledge was equaled by a passion for mineral exploration and ability to imbue her excitement into anyone who listened to her talk about the work being carried out at Rackla.

Since 2011, Lane spread this knowledge and passion while discussing ATAC's Carlin-type gold discoveries and their characteristics at conferences across Canada and the United States.

As a result of her excellent work and understanding of the various mineralized systems across the enormous Rackla Gold belt, by the age of 29 Lane had earned the post of vice president of exploration for ATAC. 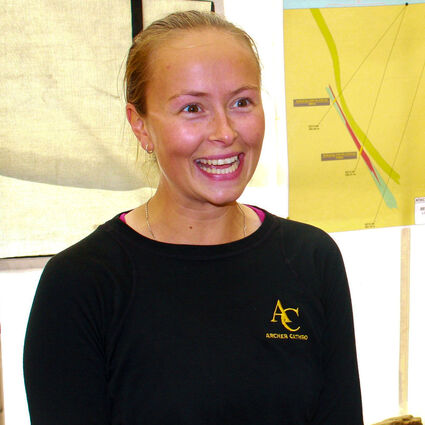 "ATAC Resources is mourning the heartbreaking loss of our beloved colleague and friend in yesterday's accident. Our full support and deepest condolences to all impacted by this tragic loss," said the company.

The loss of Julia is not only a setback for ATAC and its exploration in the Yukon but for a mining industry that loses a geologist poised to shine for decades to come.