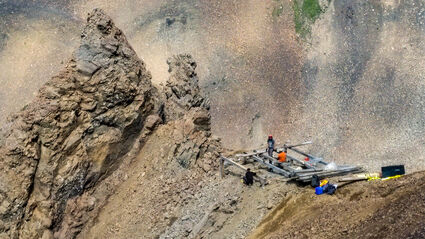 Cantex Mine Development Corp. Sept. 5 reported that this year's drilling at its North Rackla project in the Yukon continues to cut massive sulfide zones rich in zinc, lead, manganese and silver.

Prospecting, sampling and trenching carried out by Cantex during the 2014-16 seasons showed the potential of the Discovery zone at North Rackla but the real excitement began with the spectacular mineral...