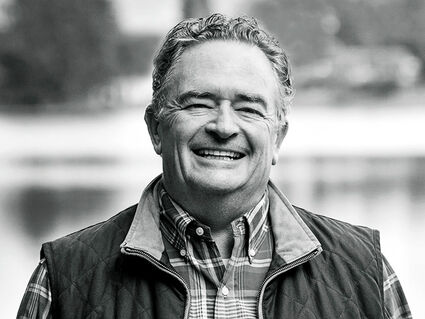 Pebble Partnership CEO Tom Collier is confident that the world-class Pebble copper project in Southwest Alaska will continue to achieve significant permitting milestones during 2020 – and those opposed to developing a mine at Pebble agree.

"We've known for some time that our project will meet and surpass the rigorous environmental standards enforced in the United States and Alaska, and believe that it will secure its operating permits. Our critics are starting to understand that as well," Collier said.

The Pebble Partnership CEO said it is this conviction or concern, depending on the viewpoint of the proposed Pebble Mine, that landed him in front of the Democrat-controlled U.S. House Subcommittee on Water Resources and the Environment to discuss Pebble's steady advancement through the federal permitting process.

Under the United States National Environmental Policy Act (NEPA), large projects such as Pebble are required to complete an environmental impact statement, which is vetted through a lengthy process that involves professional scrutiny and public input.

U.S. Army Corps of Engineers, the federal agency charged with leading the EIS process for Pebble, published a draft EIS for a proposed 20-year mine at the large copper-gold-molybdenum deposit in February.

Democrats on the subcommittee echoed Pebble opponents concerns that the Army Corps is rushing its evaluation of the proposed Pebble Mine.

"The process seems flawed and I am not convinced that if we continue to let the process play out, as proponents of the mine suggest, we will end up with a final decision based on good science and data. We need evidence that this project is being properly reviewed, and so far, I have not seen that," House Subcommittee on Water Resources and Environment Chair Grace Napolitano, D-California, said during opening remarks at the Oct. 23 hearing on Pebble.

Republicans on the subcommittee, however, believe Pebble deserves to be vetted under the comprehensive permitting laws of the United States and objected to any Congressional interference in due process for the proposed mine.

"We are wading into a project and an issue that is currently in the middle of a comprehensive review under the National Environmental Policy Act," said Arkansas Rep. Bruce Westerman, the ranking Republican on the subcommittee. "I believe in giving an applicant the opportunity to have the Corps of Engineers and the state of Alaska, along with a suite of other federal agencies, review this project objectively on the merits of this permit application."

Collier contends that this review demonstrates that a mine can be developed at Pebble without harming the world-class salmon fisheries in the Bristol Bay region, which is the biggest concern for opponents of Pebble.

"For over 15 years, a battle has been fought over whether building a copper mine 200 river miles from Bristol Bay in Alaska would significantly damage the salmon fishery in that region. The debate is now over," he said. "In February of this year, the US Army Corps of Engineers issued its draft Environmental Impact Statement for the proposed Pebble mine and unequivocally concluded that the project will not harm the Bristol Bay fishery."

After collecting input on the draft EIS during an extended comment period, the Army Corps is now working on a final EIS that is expected to be released early in 2020 followed by an official record of decision on major federal permits for Pebble later next year.

Adding to the momentum Pebble permitting has gained during 2019, the U.S. Environmental Protection Agency decided in July to roll back its 2014 proposed determination that, if finalized, would have placed debilitating restrictions on developing the world-class Pebble Mine.

While this decision had more to do with the legality and precedence of the attempted Obama-era determination than an endorsement of Pebble, it lifted a shadow lingering over the project.

EPA has some concerns about the Pebble EIS but is working with the Corps to address them. This cooperation is being carried out under a mechanism outlined under Section 404(q) of the Clean Water Act that encourages "communication and full consideration of each agencies' views concerning proposed projects" such as Pebble.

To accommodate this cooperation, Corps has extended EPA's deadline for submitting input on the Pebble EIS, which was set to expire on Oct. 24. This will provide time for Corps and EPA and to resolve any outstanding issues prior to completion of the Final EIS, which is expected be finished in the first quarter of 2020, followed by a record of decision on the major federal permits needed to develop the Southwest Alaska copper mine.

"With the publication of an overwhelmingly positive Draft EIS in February, the formal withdrawal of the Obama Administration's unprecedented 404(c) proposed determination in July, and our inexorable progress toward a Final EIS and RoD in the first half of 2020, people are starting to understand that Pebble is a project of merit," Collier said.