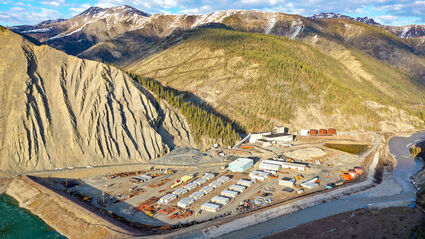 NorZinc Ltd. Nov. 14 announced that two of the permits needed to begin construction on the all-season road to its Prairie Creek zinc-lead-silver mine project in Northwest Territories has been issued.

The Prairie Creek Mine is surrounded by Canada's Nahanni National Park Reserve, which encompassed the property when the park was expanded in 2009. At the time of the park expansion, however, the federal government provided NorZinc (then Canadian Zinc Corp.) with assurance that it would be granted access to Prairie Creek and the ability to mine there, once permits were granted.

On Thursday, Mackenzie Valley Land & Water Board issued the land use and water permits needed to construct and operate an all-season road on Northwest Territories and Indian Affairs Branch land, once the management and monitoring plans have been approved.

NorZinc is now awaiting permits from Parks Canada for this section of the road.

"These are the final permits necessary to build the all-season road on territorial land," said NorZinc President and CEO Don MacDonald. "When the related permits are received from Parks Canada, we will have all the permits needed for the entire all-season road. Once the management and monitoring plans that form part of the permits have been approved, we will be able to construct the road."

Mine development began at Prairie Creek during the 1980s but it was never taken into commercial production. NorZinc is getting close to resolving that.

A feasibility study completed in 2017 details a mine that is expected to produce an average of 95 million pounds of zinc, 105 million lb of lead and 2.1 million oz of silver per year over an initial 15-year mine life.

The company already has permits to construct and operate the Prairie Creek Mine and estimates that after securing development financing it would take about 2.5 years to take the operation there to commercial production.

NorZinc plans to develop the mine in two phases.

The initial phase includes building the road, which the company hopes to start in 2020, with limited supplies delivered to site to support a mine refurbishment program.

In 2021 and 2022, the main site construction is planned to be completed, including underground development to access high-grade ore for the initial years of operation. 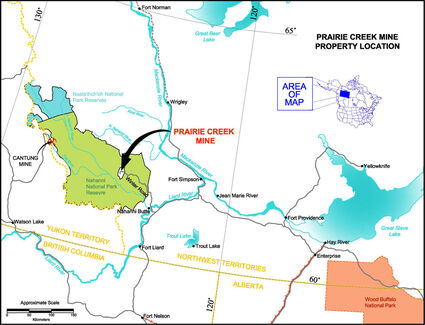 Most underground development for the current 15-year mine life is planned to be completed between 2021 and 2024.

NorZinc is currently expecting to receive C$8 million from the sale of a 1 percent net smelter return royalty from production at the mine. These funds are earmarked for Prairie Creek development.