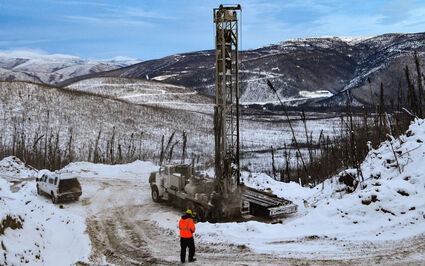 The surface facilities at Northern Star Resources' Pogo gold mine can be seen on the hillside behind this water well drilled last November at the Aurora target on 64North.

Millrock Resources Inc. March 2 reported that a camp and drill rig are being mobilized to support the upcoming drill program at 64North, a gold exploration project that is just west of the Northern Star Resources Ltd.'s Pogo Mine.