McLeod to take the helm at Heatherdale 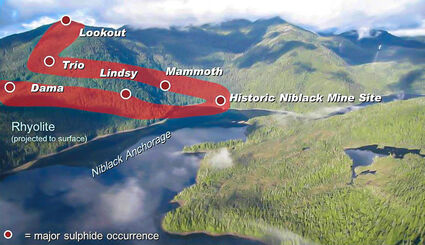 There are signs of renewed life for the Niblack copper-gold-zinc-silver project on Prince of Wales Island in Southeast Alaska.

Heatherdale Resources Ltd., the company that owns Niblack, advanced the potential underground mine nearly to the permitting stage but became hampered by financial liabilities. A deal announced on June 3 cleans up Heatherdale's balance sheet and puts Rob McLeod at the helm of the restructured company.

While these resources will likely be relegated to the historical category, they provide a sense as to potential of the project. Future exploration will also benefit from roughly 1,000 meters of underground development that could provide a platform for further drilling and a roughly C$10 million head start on any future mine development.

More information on the Niblack project can be read at Junior advances Niblack in 2012 in Mining Explorers 2012, an annual magazine published by North of 60 Mining News.

Blackwolf Copper and Gold Inc., an agent for McLeod and other arm's-length third parties, has agreed to assume roughly C$4 million that Heatherdale owes Hunter Dickinson Services Inc. In turn, Heatherdale is issuing Blackwolf 35.04 million shares to settle C$3.4 million of that debt.

Heatherdale's board of directors believes that this debt restructuring is necessary to provide a clean balance sheet that will allow the company to attract the new capital needed to unlock Niblack's value and acquire new interests.

As part of the deal, McLeod will assume the role of Heatherdale's CEO and director. He will replace David Copeland, who has agreed to step down from his position as executive chairman, CEO, and director of the company.

The Heatherdale board said it is excited to take the company through these changes under McLeod's leadership.

Born and raised in Stewart, a mining town at the southern tip of British Columbia's famed Golden Triangle, McLeod is a third-generation miner and explorer with significant exploration and development experience.

Further details on Stewart and McLeod's ties to the town can be read at Deep roots beget renaissance for Stewart in the April 2019 edition of North of 60 Mining News. 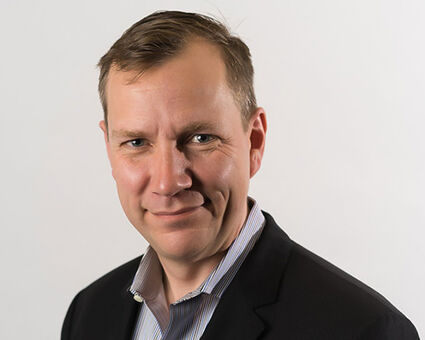 He was most recently President and CEO of IDM Mining Ltd., a junior exploration company recently acquired by Ascot Resources Ltd.

Previously, he was a founder and vice president of exploration of Underworld Resources, a company that outlined more than 1.4 million ounces of gold on the original White Gold property in the Yukon before selling Underworld to Kinross Gold Corp. for C$140 million.

McLeod also serves as chair of the Association for Mineral Exploration (AME), and as a director of the Britannia Mine Museum in British Columbia.