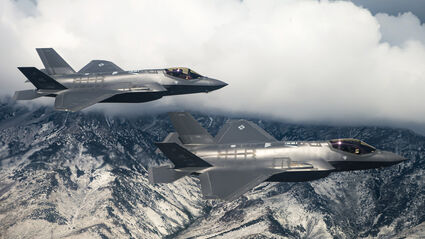 Exceptionally resistant to heat and wear, rhenium is a vital ingredient in superalloys used for the jet turbines of U.S. military aircraft, such as these F35s flying over Alaska.

Already known for its world-class copper, gold, molybdenum and silver endowment, the Pebble deposit in Southwest Alaska is also host to one of Earth's most significant accumulations of rhenium, a highly heat resistant and extremely rare metal that has been deemed critical to the economic and national security of the United States.

While Pebble has long been known to host rhenium associated with the molybdenum minerals in the deposit, an official resource of this critical metal had not been calculated – until now.

Considering rhenium is one of the rarest stable elements on the periodic table, this is an enormous store of the critical metal. By way of comparison, the United States Geological Survey calculated the total amount of rhenium in global resources at 11 million kg at the end of 2019. This means the new calculation for Pebble has bolstered the world's known rhenium resources by roughly 38%.

Exceptionally resistant to both heat and wear, rhenium is a vital ingredient in superalloys used to fabricate jet and industrial gas turbine engines, which accounted for about 80% of roughly 47,000 kilograms rhenium used in the U.S. last year.

"The high-temperature properties of rhenium allow turbine engines to be designed with finer tolerances and operate at temperatures higher than those of engines constructed with other materials," USGS penned in a fact sheet on the critical metal. "These properties allow prolonged engine life, increased engine performance, and enhanced operating efficiency."

Rhenium is also used as a catalyst to produce lead-free, high-octane gasoline.

The U.S., however, is dependent on imports for more than 80% of its needs of this strategic and critical metal. 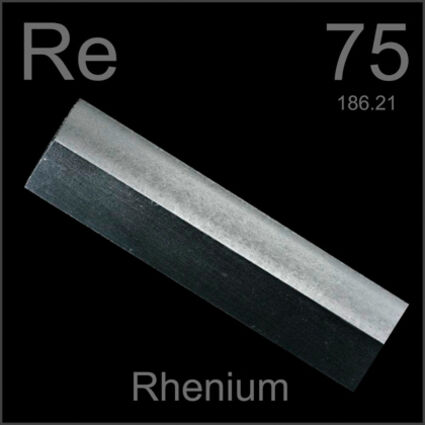 Rhenium is the last stable metal to be discovered and one of the rarest elements on Earth.

"Certainly, the U.S. military has identified rhenium as a critical mineral, and one the United States must develop additional domestic production of in order to enhance its military security," said Northern Dynasty Minerals President and CEO Ron Thiessen. "The development of Alaska's Pebble project would clearly go a long way toward filling that gap, while also addressing substantial U.S domestic supply deficits for other critical minerals – notably copper and silver."

The U.S. Army Corps of Engineers is expected to issue a record of decision on the environmental impact statement for Pebble in the coming weeks, which will finalize the federal permitting process for developing a mine at the Southwest Alaska copper-gold-molybdenum-silver-rhenium deposit. State permitting is expected to take two to three years.