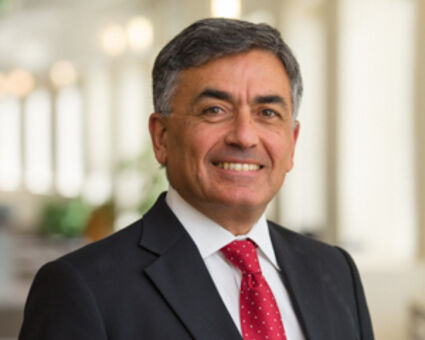 Fawaz served as senior vice president of projects at Newmont from 2011 until 2019, with responsibility for the development and execution of Newmont's major gold and copper projects globally.

Before joining Newmont, Fawaz served as senior vice president operations at Atomic Energy Canada Ltd., where he led all project development, refurbishment and building of the CANDU reactor projects. Prior to Atomic Energy, he was with Royal Dutch Shell, where he worked for 30 years in various senior roles. Among those, Fawaz was responsible for leading the Athabasca Oil Sands Expansion Project in Canada and a major natural gas expansion project in Nigeria.

Throughout his career, Fawaz has engaged extensively with all stakeholders related to major project developments, including executive management, boards of directors, shareholders, local communities, contractors, utilities, and various regional and federal government agencies.

"After an exhaustive global search, we have secured a person who I think will make a significant contribution to the growth and development of the UKMP. Ramzi has a track record of success in the development of remote projects," said Trilogy Metals President and CEO Tony Giardini.

Just last week, Ambler Metals released results of a feasibility study for developing an open-pit mine and 10,000-metric-ton-per-day mill at Arctic, the most advanced UKMP project.

Further details on the Arctic Mine feasibility study can be read at Financial robust Arctic Mine confirmed in the Aug. 21 edition of North of 60 Mining News.

Bornite, a very large copper-cobalt deposit about 16 miles southwest of Arctic, is expected to be the second mine developed at UKMP.

Development of these projects is contingent on the construction of a 211-mile road that will link UKMP to Alaska's road system. Known as the Ambler Road, this industrial access is expected to be built and operated by the Alaska Industrial Development and Export Authority (AIDEA).

Fawaz's extensive leadership experience in U.S. and international project development is expected to be a major asset as Ambler Metals continues to unlock the world-class potential at UKMP.

"We welcome Ramzi's appointment as president and CEO of the Ambler Metals team," said South32 CEO Graham Kerr. "With decades of experience in the development of major resources projects, his leadership will be integral to the next phase of Arctic studies and unlocking the value of the Ambler District's high-quality base and precious metals resources."