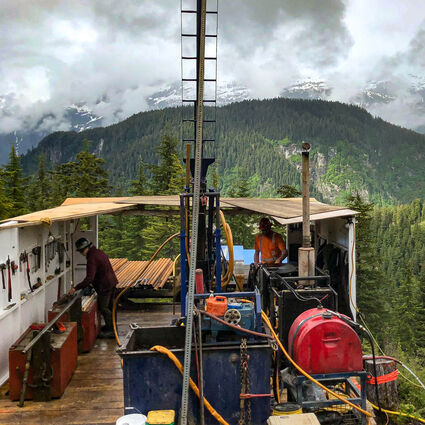 Ascot Resources Ltd. Aug. 14 announced the discovery of high-grade gold mineralization at Day Zone, a new area about 300 meters west from the planned underground development at Big Missouri and roughly 5,000 meters north of the mill on Ascot's Premier property in northwestern British Columbia.

A feasibility study completed for Ascot earlier this year envisions four mines – Silver Coin, Big Missouri, Red Mountain and Premier – providing ore to the existing 1990s era mill at Premier. With the mill operating at 2,500 metric tons per day, this operation is expected to produce roughly 1.1 million ounces of gold and 3 million oz of silver over an initial eight-year mine life.

This year, Ascot is testing targets near these deposits that could eventually add to these reserves.

The latest results continue to show that very high-grade gold lies just beyond the deposit outlined.

Highlighted intercepts from three holes drilled at Day Zone include:

"We are excited about the discovery of another strategically located high-grade zone that could be transformative for Ascot," said Ascot Resources President and CEO Derek White. "The new drilling referred to as the Day Zone is west of our known resources at the Big Missouri deposit and is within striking distance of our planned underground development."

Additional drilling will be necessary and is currently being planned to explore the 300-meter gap between Day Zone and Big Missouri, as well as the northern and southern strike extent of the high-grade zone. Ascot says potential for additional resources in this area appears to be very high. 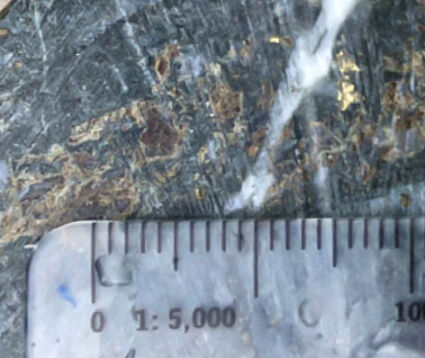 Visible gold in the core from the high-grade intercept in hole P20-2213, drilled in the Day zone.

Holes drilled further west suggest that the mineralized zone has a flatter dip than anticipated. Thus, the latest batch of results are believed to be from peripheral material to the established high-grade zone. The best intercept in seven additional holes was six meters averaging 3.53 g/t gold and 10.3 g/t silver.

Ascot said follow-up drilling will have to be conducted from a different drill pad that allows for drill holes perpendicular to the zone. Ascot is working to establish an alternative location and is hoping to conduct drilling before the end of the year.