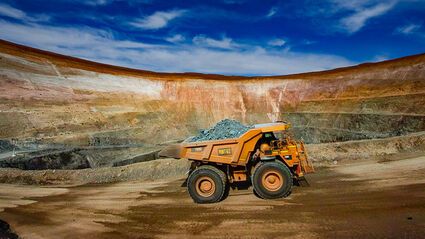 Saracen Mineral Holdings holds ownership in three gold operations in Western Australia, including a 50% joint venture interest in the Kalgoorlie Consolidated Gold Mines, which has produced about 60 million oz of gold over the past 125 years.

In an all-shares deal announced on Oct. 5, the two companies will merge into the world's eighth largest gold producer, with a market capitalization of US$11.5 billion (A$16 billion) and gold producing assets in Australia and Alaska.

Bill Beament will remain the chairman of the larger Northern Star, though in a non-executive capacity, and Saracen Mineral Holdings Managing Director Raleigh Finlayson will serve the same role in the merged company, and Stuart Tonkin will continue as Northern Star's CEO. The nine-member board of the merged company will include five directors from Northern Star and four from Saracen.

The two Australian gold miners expect the merged company to benefit from the skillsets each company brings to the table and roughly US$1.1 billion to US$1.4 billion (A$1.5 billion to A$2 billion) in synergies deriving primarily from their assets in Western Australia.

The biggest value driver is expected to be the consolidation of the Kalgoorlie Consolidated Gold Mines (KCGM) in the West Australian Goldfields under single ownership for the first time in its more than 125-year history.

Northern Star acquired a 50% joint venture interest in KCGM from Newmont Corp. in January – Saracen owns the other half of this iconic "Golden Mile" that has produced roughly 60 million ounces of gold and has a total endowment of about 80 million oz.

"Our position as joint venture partners at KCGM, the close proximity of the majority of the combined company's assets and a host of other synergies makes this a unique opportunity exclusive to Saracen and Northern Star shareholders," said Beament.

In addition to its 50% JV ownership of KCGM, Saracen owns two gold operations and several exploration properties within 185 miles (300 kilometers) of Golden Mile. 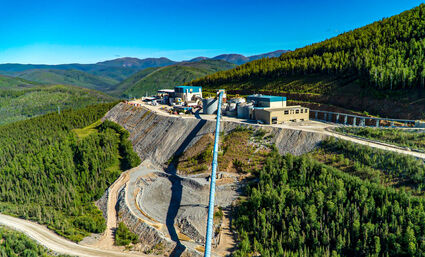 In addition to its Western Australia assets, Northern Star owns Pogo, a 300,00-oz-per-year underground gold mine in Alaska.

Northern Star assets in the Kalgoorlie area include Kanowna Belle, a 51% interest in the East Kundana JV, South Kalgoorlie, and the 50% JV interest in KCGM. The company also operates the Jundee Mine north of Kalgoorlie region of Western Australia and the Pogo Mine in Alaska.

It will also emerge as a roughly 1.5-million-oz-per-year gold producer and expects to be up to 2 million oz per annum by 2027. Roughly 300,000 oz of this gold production is expected to come from the Pogo Mine and the balance from the Australian operations.

"This is one of the most logical and strategic M&A (merger and acquisition) transactions the mining industry has seen," said Finlayson. "The savings, the synergies and the growth opportunities it will generate make the transaction extremely compelling."