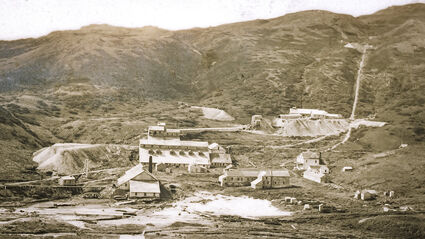 Samuel Anderson, who spent 17 years as a geologist at Newmont Gold Corp., has been named Heliostar vice president of exploration and is currently leading the company's gold exploration program on Alaska's Unga Island.

During his time at Newmont, Anderson held successive positions from exploration project manager to senior manager of exploration business development before taking leave to earn a Master of Science degree in finance at Eller College in Arizona.

Anderson's accomplishment with Newmont includes leading the geology department at the Merian Mine in Suriname. In this position, he hired and trained staff, defined operating and safety procedures, and built strong interdepartmental relationships as the operation advanced from start-up stages with an initial inventory of less than 1 million ounces of gold through the reserve stage of more than 6 million oz.

He also contributed to numerous other mines and project evaluations throughout the Caribbean, Latin America, and North America during his time with Newmont.

"Sam brings a wealth of resource to production experience from his time at Newmont and he is leading the company's current exploration program at Unga," said Heliostar CEO Charles Funk.

Stewart Harris, which has more than 30 years of experience on projects ranging from greensfield compilations through to deposit delineation, has been named as Heliostar's exploration manager.

Over his career, Harris has explored for a variety of deposit type, primarily gold and copper systems largely within the North American Cordillera, including Mexico, Central and South America, and the southwest Pacific Rim.

Heliostar says his experience involves the design, execution, and due diligence of exploration programs with an emphasis on efficiently executing programs with high safety, environmental stewardship, and community relations standards.

Stewart will be the company's qualified person for technical disclosure.

As part of the management shift resulting from Redstar Gold's recent acquisition of Heliodor Metals, which resulted in the formation of Heliostar, former Redstar President John Gray will be leaving the company. 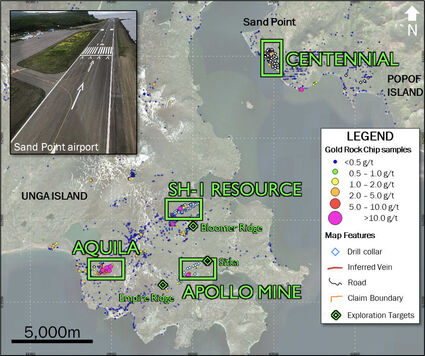 In addition to management changes, Heliostar reports that the 2020 Unga gold exploration program is progressing well with 2,290 meters of drilling completed through Nov. 5. This includes eight holes at SH-1, which hosts 866,015 metric tons of inferred resource averaging 13.8 g/t (384,318 oz) gold and 35.4 g/t (986,321 g/t) silver; five at Aquila, an earlier staged gold target along the Shumagin trend on Unga Island; and five at Apollo and Sitka, historic mines that produced roughly 150,000 oz of gold from high-grade epithermal veins from 1886 until 1922.

Empire Ridge, which lies along the Apollo-Sitka trend, about 3,000 meters southwest of the historic mines, has been added as a new target for the 2020 drilling at Unga.