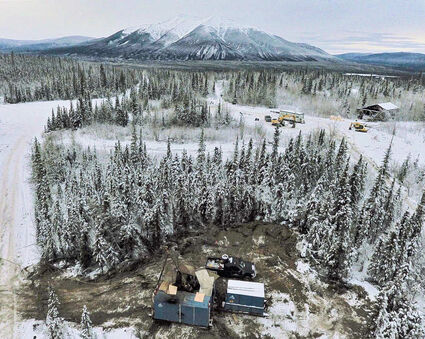 Banyan's 2020 drilling at AurMac identified targets with the potential to significantly expand the footprint and gold within the Powerline and Airstrip deposits at AurMac.

In June, Banyan launched a 10,362-meter drill program focused on expanding this resource testing targets outside the resource areas.

This included 5,732 meters of drilling in 30 holes at Airstrip. Of this drilling, 22 tested strike and down dip extensions of the deposit, and eight tested previously un-drilled areas within the resource area. Another two holes for 355 meters were drilled specifically for metallurgical purposes.

"Successful step-out drilling along strike to the east, west and down-dip has shown that 2020 drilling added significantly to the mineralized volume of the Airstrip deposit and defined continuity of mineralization in all directions," said Banyan Gold President and CEO Tara Christie. "Significantly, MQ-20-66, MQ-20-67, MQ-20-86 and MQ-20-87 have identified the continuation of the Airstrip mineralized trend which remains open down-dip to the south and, in particular, to the west where the mineralization is showing consistent higher grade."

This drilling indicates the Powerline resource extends to Aurex Hill, which lies roughly 1,200 meters to the east, for a total gold mineralized area that extends roughly 2,500 meters.

"These results, along with our previous and historical results demonstrate that the AurMac mineralized system extends over 2.5 kilometers (1.6 miles) including Powerline and Aurex Hill," said Christie.

Earlier this month, Banyan reported results from three additional holes drilled north and south of AX-20-54, the easternmost hole connecting Powerline to Aurex Hill. All of these holes encountered gold mineralization, including 17.9 meters of 1.11 g/t gold in AX-20-57, which was drilled north of AX-20-54.

"Banyan has again successfully applied the AurMac mineralization model to explore a highly prospective zone that has never before been tested. We believe these early holes may link the Powerline zone to the Aurex Hill zone," Christie said.

With C$5.8 million in its treasury going into 2021, Banyan plans to complete more than 15,000 meters of drilling at AurMac this year. 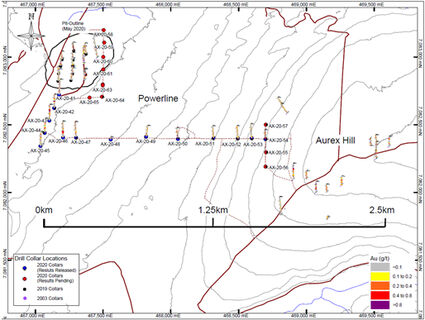 "We look forward to 2021 as a transformative year for the company," said the Banyan Gold CEO. "Drilling is slated to begin early in March 2021, and it will be a very busy year for Banyan."