A supercharged surge in copper prices

The electrification of transportation and decarbonization of power generation are fueling new demands for "the new oil" North of 60 Mining News – April 30, 2021 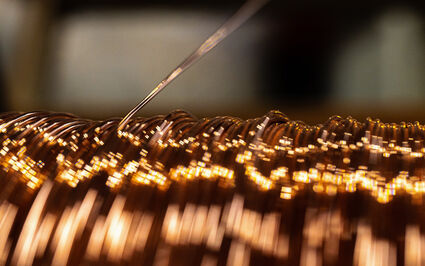 Goldman Sachs has declared copper is the new oil due to the green energy metal's importance to electrifying transportation and decarbonizing electrical power generation.

While copper did not make it onto the list of 35 minerals and metals critical to the United States, the red metal's criticality to the global transition to renewable energy and electric mobility cannot be overstated.

No matter which battery chemistries power tomorrow's electric vehicles, what renewable energy solutions recharge those EVs, or if rare earth magnets are used to generate that electricity and propel those vehicles more efficiently, any path to a decarbonized electric-centric future is paved with copper.

With economies around the globe committing to the renewable electricity transition, the price of copper has risen roughly 80% over the past year to around $4.50 per pound, near the all-time record high for the electrical conductor. And this is considered just the start, as a "supercharged" surge in demand is forecast to continue elevating the price for this most critical noncritical energy metal.

"In the short term, we've had a big rise in the price of copper," Ivanhoe Mines Ltd. founder and co-chairman Robert Friedland said during a keynote address at the CRU World Copper Virtual Conference 2021. "But for the medium term, copper has really become a national security issue. It's central for what we want to do with our economy."

It is so vital to the global energy future that Goldman Sachs declared copper as the new oil.

"Discussions of peak oil demand overlook the fact that without a surge in the use of copper and other key metals, the substitution of renewables for oil will not happen," a team of analysts led by Jeff Currie, head of Goldman Sachs Commodities Research, penned in a recent report, "Copper is the new oil."

"If we are going to electrify the world and decarbonize that way, we absolutely need copper to do it," Currie said during a recent appearance on CNBC's The Exchange. "Copper becomes the strategically most important commodity, taking over that role from oil."

Other analysts have predicted that copper could go as high as $10.00/lb before enough mine supply comes online to meet the demands of the green energy and transportation revolution.

From the massive wind turbines and other generators of low-carbon electricity to the EVs that will drive enormous new demand for that power and the massive new transmission and charging infrastructure in between, every facet of a global transition to green energy is going to require more copper – a lot more.

The generation and distribution of renewable electricity requires significantly more copper than traditional power sources, such as coal and natural gas. Much of this increased copper demand is due to the powerlines needed to connect these more decentralized power sources to customers.

"If you want to electrify the world economy, the electrically conductive elements are going to become much more valuable in real terms, compared to things that don't conduct electrical energy," Friedland said at the AME Remote Roundup held in Vancouver, British Columbia in January.

And when you are talking about the best electrical conductor for the price, even at $6.80/lb, nothing beats copper.

While generating and delivering renewable energy is creating enormous new copper demand, it is the EVs that will "fuel up" their batteries with that electricity that elevates the red metal to the status of new oil.

This is due to the fact that the more electrical a car gets, the more copper it needs. A typical petrol-burning car uses about 18 to 49 lb of copper, a gas-electric hybrid needs about 85 lb of copper, and a full battery EV uses roughly 183 lb of copper.

This does not account for the copper needed to generate zero-carbon electricity to charge these vehicles or the charging infrastructure to deliver that electricity.

The World Bank estimates that the green energy transition alone will require roughly 1.1 trillion lb of copper over 25 years or an average of about 44 billion pounds per year.

The amount of copper forecast to be absorbed by electrifying transportation and decarbonizing power generation is staggering when you consider that total global production of the conductive metal during 2020 was roughly 44.1 billion lb.

Nicholas Snowdon, a metals strategist for Goldman Sachs told attendees of the CRU World Copper Virtual Conference that there are not enough copper mining projects in the global pipeline to meet the green energy demands for the metal, creating "a record long-term supply gap by the end of the decade."

Snowdon says the copper imbalance being created by the runaway green energy and transportation demand "can only be resolved by higher prices stimulating investment in new supply."

With the copper prices doubling since March of 2020 and expected to continue to climb higher, it is likely that mining companies will begin taking a fresh look at copper projects that have been sitting on the shelf for the better part of a decade.

Alaska, Northern BC, and the Yukon have around a dozen primary or secondary copper projects that could potentially begin supplying global markets with the world's most critical noncritical metal within the decade. 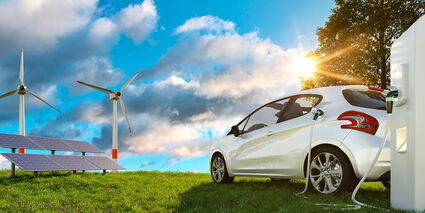 Analysts forecast that renewable energy generation, electric vehicles, and charging infrastructure will consume at least 11.9 billion pounds of copper per year by 2030.

Further details on the pipeline of copper projects in Alaska, Northern BC, and the Yukon can be read at Mining new oil in Northern Copper Triangle in this edition of North of 60 Mining News.