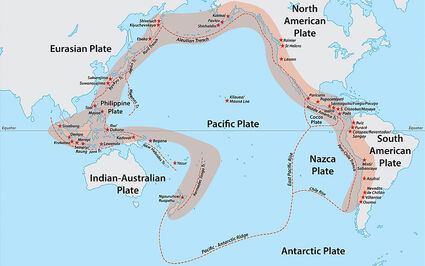 Alaska lies along the Pacific Ring of Fire, considered to be the most seismically and volcanically active zone in the world.

Northern Dynasty Minerals Ltd. says the recent 8.1 magnitude earthquake caused substantially less ground movement at the Pebble site than factored in during the designing of the proposed tailings facility for a future mine at this world-class copper project in Southwest Alaska.

"We determined the 8.1M earthquake that occurred last month south of the Alaska Peninsula, about 300 miles from our site, create ground acceleration at Pebble that is 20 – 30 times less than the design earthquakes we've evaluated," said Northern Dynasty President and CEO Ron Thiessen. "To put that into perspective, the 8.1M earthquake recorded July 28 is the largest seismic event in the United States in the past 50 years."

Northern Dynasty's 100% owned Alaska subsidiary, Pebble Limited Partnership, has assessed seismic risk at the Pebble site so that proposed tailings embankments and other mine facilities would not fail under even the most severe cases, which are extraordinarily unlikely.

The extreme seismic events modeled to test the stability of proposed tailings embankments and other mine-site facilities at Pebble include:

• a repeat of the 9.2 magnitude megathrust event that occurred in Alaska's Prince William Sound in 1964 (the second largest seismic event ever recorded).

• An 8.0 magnitude earthquake occurring approximately 50 miles east of the Pebble Project site, similar to but of larger magnitude than the 7.1 magnitude event that occurred north of Anchorage in 2018.

• A 7.5 magnitude event along the entire length of the Lake Clark Fault, including those portions closest to the Pebble site for which no evidence of movement for more than 10,000 years has been detected.

• A 6.5 magnitude event occurring immediately below the proposed Pebble mine site, where no evidence of a fault exists. 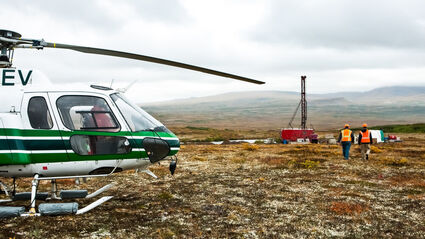 Engineers took into consideration that Pebble lies along the edge of the famed Ring of Fire when designing the tailings dams and other facilities for the proposed mine at this world-class copper project in Southwest Alaska.

"The highest ground acceleration at the Pebble site produced as a result of these potential, extreme seismic events is estimated to be 0.6g (or 60% of the rate of acceleration due to gravity). It is these types of extreme ground movements that our proposed tailings facilities are designed to withstand," Thiessen explained. "By comparison, the extremely rare 8.1M event recorded last month created ground movement at Pebble of about 0.02 to 0.03g, or 20 – 30 times less than what we have considered."

Located approximately 200 miles southwest of Anchorage in the Bristol Bay region and just 15 miles north of Lake Illiamna, seismic activity is part and parcel to Alaska as it lays along the edge of the famed plate boundary known as the Ring of Fire, where the Pacific Plate meets many surrounding tectonic plates and is considered the most seismically and volcanically active zone in the world.

"When it comes to engineering and environmental solutions to protect the long-term integrity of downstream water quality and aquatic habitat, our solutions bring modern and technically sound performance standards for American mining," said Theissen. "We're proud of it. We continue to believe it is the right approach for this important project in this unique location."