Either withdraw or finalize the 2014 proposed determination North of 60 Mining News – October 15, 2021 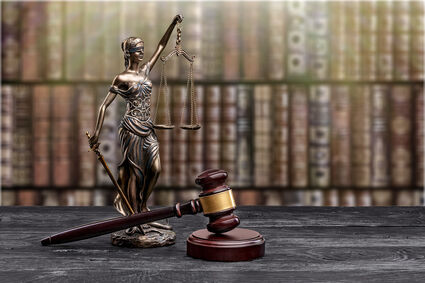 Northern Dynasty has filed a motion to the court to set a schedule requiring EPA to finalize a decision on its proposed determination to invoke Section 404(c) of the Clean Water Act.

Continued efforts by Northern Dynasty Minerals Ltd. to advance its Pebble project has led to the company filing a motion to the court to set a schedule requiring the U.S. Environmental Protection Agency to decide to either withdraw or finalize its 2014 proposed determination for the proposed copper-gold-silver-rhenium mine in Southwest Alaska.

With this proposed determination, the federal agency sought to invoke Section 404(c) of the Clean Water Act to restrict the use of certain waters in the Bristol Bay watershed for disposal of dredged or fill material associated with mining the Pebble deposit.

Although the proposed determination was withdrawn by the Trump-era EPA in July 2019, the agency recently announced its intentions to reinitiate the process of Section 404(c).

You can read about the EPA's announcement at EPA revisits Bristol Bay restrictions in the September 10, 2021, edition of North of 60 Mining News.

Regardless of a Trump-era withdrawal of the proposed determination, the same administration later denied key permits that would have allowed mine development at Pebble. After a successful permitting process under the National Environmental Policy Act and a positive Final Environmental Impact Statement, the U.S. Army Corps of Engineers ended up denying the proposed project in its Record of Decision, prolonging further the necessary permits to begin mining operations.

This began a trail of challenges for the Pebble Limited Partnership, an Alaska-based subsidiary of Northern Dynasty, advancing the permitting and future development of the proposed mine.

With this ongoing deliberation, the EPA has stepped in to enforce its initial proposal once again. According to the original document, "Region 10 is taking this step because of the high ecological and economic value of the Bristol Bay watershed and the assessed unacceptable environmental effects that would result from such mining."

"If they decide to proceed with their proposed determination, then we will again pursue a legal challenge, and with the strong administrative record of the overwhelmingly positive Final Environmental Impact Statement of 2020, the proposed determination which is not supported by an adequate record, we believe we will win," added Thiessen.

The FEIS goes in-depth to the extent of any of the work the Pebble mine is expected to undertake and its impacts on the surrounding environment.

While the Clean Water Act was written to protect U.S. waters, the area surrounding the Bristol Bay watershed is categorized as wetlands, which fall under Army Corps of Engineers jurisdiction. EPA, however, contends that Section 404(c) gives it authority to place discharge restrictions on the watershed.

"If they decide to abandon this unheralded abuse of power and instead apply a science- and fact-based process, free from political interference, then they should uphold the EPA withdrawal. Either way, they must decide in a timely basis, because we believe that a prompt decision is required by due process," finished Thiessen.