Golden quarterly records for Eagle Mine 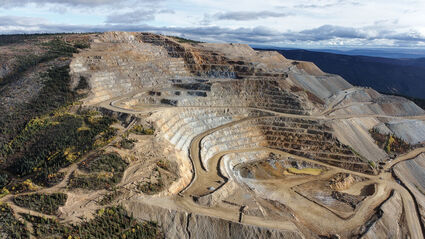 Victoria Gold Corp. Oct. 12 reported a record-setting quarter on several fronts at its Eagle Mine in the Yukon, including the ounces of gold recovered.

The recently established open pit mine and heap leach recovery operation at Eagle produced 55,827 oz of gold during the third quarter, roughly 58% higher than the same period of 2020 and nearly matching the 58,899 oz produced during the entire first half of this year.

Records are made to be broken, and Victoria does not see the current gold production record lasting the year. 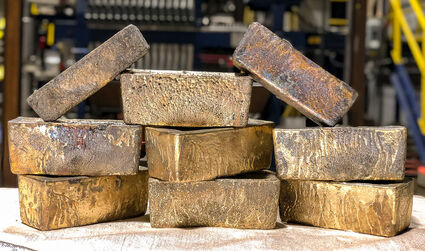 With the 55,827 ounces recovered during the third quarter, a total of 114,726 oz of gold was produced at the Eagle Mine during the first nine months of 2021.

One of the reasons for this is that gold recoveries at heap leach systems in northern climates taper off during the cold weather months of winter and into spring. This, coupled with a curtailment of ore stacking over the first 90 days of each year, gold production at Eagle is expected to be strongly weighted to the second half of the year.

Another reason to anticipate higher gold output moving forward is the other records set at Eagle.

"The Eagle Gold Mine achieved many production records in the third quarter of 2021 including ore mined, total material mined, ore stacked on pad and gold produced," said McConnell.