Demonstration of tech to be used at Alaska SMC coming soon North of 60 Mining News – January 7, 2022 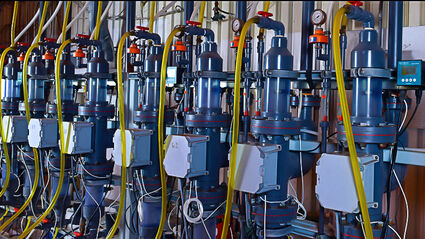 Innovation Metals Corp. Jan. 4 reported that the RapidSX rare earths and critical minerals separation technology it developed for use at Ucore Rare Metals Inc.'s planned Alaska Strategic Metals Complex (Alaska SMC) and other applications is on pace to be ready for commercial adoption and implementation via revenue-producing licensing agreements by the end of 2022. This includes the completion of a demonstration plant at its commercialization and development facility in Ontario, Canada, by the end of March.

"I am particularly pleased with the significant progress that the IMC team has made in recent months, as we work towards the key objective of constructing and commissioning the demo plant," said IMC Chairman, CEO, and co-founder Gareth Hatch.

Since being acquired by Ucore in 2020, IMC has continued to advance the development of RapidSX, a technological upgrade to the conventional solvent extraction technology that has been the standard for separating rare earths for more than 40 years.

Traditional solvent extraction, which remains the primary method of REE separation in China, involves running a mixed rare earths product through vats of various solvents that progressively separate the notoriously interlocked rare earths into individual elements – a long process that requires dozens of steps and a relatively large environmental footprint.

Utilizing an innovative column-based platform developed by IMC, RapidSX is more than ten times faster and much more environmentally sound than the mixer-settler units used for traditional SX separation.

A series of follow-up extraction-rate tests was carried out by Kingston to further validate the approach being taken. A portion of this testing was observed by a third-party expert, which is preparing an independent report that is slated for completion in January.

While the source of this material was not named, Vital Metals Ltd.'s Nechalacho mine in Northwest Territories is a likely candidate. In October, Ucore entered into a preliminary deal with Vital to source a mixed rare earths product produced from ore mined at Nechalacho to be processed at the Alaska SMC.

Further details of the agreement between Vital and Ucore and their individual plans can be read at A North of 60 rare earths supply chain in the October 29, 2021 edition of North of 60 Mining News.

With this testing complete, IMC is ready to begin construction of a RapidSX demonstration plant at its Kingston facility.

With the goal of having this plant ready to demonstrate the technology to potential clients by the end of the first quarter of this year, IMC has completed the initial design and layout of the individual RapidSX column assemblies, as well as the pump and piping networks and other physical hardware required.

The company is also in the final stages of selecting and subsequently procuring the components of the instrumentation and control system that will be utilized for the Kingston facility.

This will allow companies interested in licensing RapidSX for their own rare earths and critical minerals separation the opportunity to test the technology, which would provide a revenue stream for IMC.

"Interest in the RapidSX technology for the separation of REEs and other critical metals is as strong as ever, and we continue to actively engage and to progress discussions with a number of third parties," said Hatch.

In addition to the RapidSX development work, IMC has been working with researchers at the University of Toronto to develop and evaluate proprietary, cost-effective methods of reducing the quantity of yttrium in heavy-REE-rich feedstocks prior to separation using RapidSX.

This could be an important development for Ucore's planned Alaska SMC, especially for separating material for the company's Bokan Mountain project.

Considered a rare earth due to its close association with the 15 lanthanides that make up the majority of the 17 elements considered rare earths, yttrium is a lower value REE.

Removing this element prior to REE separation has the potential to reduce operating costs, as well to reduce the required plant size, thus reducing capital costs.

IMC says the work on the yttrium separation front is progressing well, and it expects to have further updates early this year. 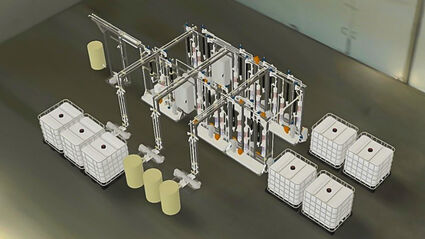 The layout of the RapidSX columns has been optimized to reduce the overall footprint of the demonstration plant at IMC's commercialization and development facility in Ontario.

With the progress being made by IMC, Ucore is confident that RapidSX technology will be ready for implementation into the engineering development program for the Alaska SMC in time to have the facility planned for construction near the port town of Ketchikan ready for production during the first half of 2024.

"Dr. Gareth Hatch and the entire IMC team have put forth a tremendous effort in recent months towards the commercial realization of the RapidSX rare earth separation technology; a technology that we believe is the critical link in reestablishing a North American rare earth element supply chain," said Ucore Rare Metals Chairman and CEO Pat Ryan. "Our belief is led by our actions, and we have supported and funded IMC's efforts for the development of RapidSX and the coordinated plan for its subsequent deployment into the first modern rare earth separation plant in North America, the Alaska SMC – on schedule for production of individual rare earth oxides in H1-2024."