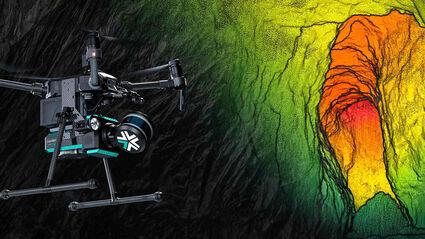 Able to autonomously navigate areas beyond the reach of GPS, Exyn drones have become a valuable tool in surveying long-abandoned underground mines such as those found at Ascot Resources' Premier gold project in BC and modern operations such as Northern Star's Pogo Mine in Alaska.

Whether exploring and mapping a historical underground mine for the first time since it was shuttered during World War II or generating more detailed maps of a modern operation, drones that navigate the labyrinth of ramps, declines, stopes, and other underground environs without reliance on the global positioning system or human guidance can make subterranean mine surveying safer, faster, and m...