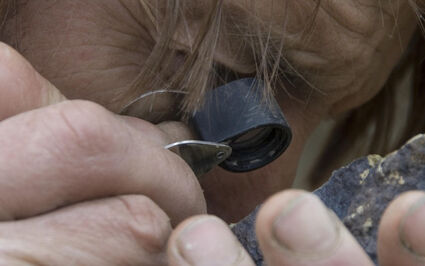 For this year, Klondike Gold plans to complete approximately 8,000 meters of drilling using up to two rigs. The work will initially target potential extensions to gold mineralization at the Stander zone, which has previously yielded near-surface drill intersections with the highest gold grades of any prospect identified to date at the project.

In addition to the field work, the company plans to have an initial inferred mineral resource calculated from the last five years of drilling at the Lone Star and Stander zones, which will be the first ever in the 125-year history of the Klondike District area.

Once released, Klondike states it expects to commission a preliminary economic assessment to be completed in 2023. In preparation for the PEA, the 2022 program will include metallurgical testing and additional permitting, as well as environmental and heritage resources studies to begin mid-May.

"The company plans to deliver an initial inferred mineral resource in 2022, prospectively the first in-situ bedrock gold resource ever identified in the 125-year history of gold exploration in the Klondike Goldfields, finally confirming local sources of gold to begin accounting for the over 20 million gold ounces extracted from placer mining in the creeks and gulches since 1896," said Klondike Gold CEO Peter Tallman. "Building on this, the company has a number of 'pipeline' targets within our district-spanning 586 square kilometer project that we believe will yield future discoveries and further demonstrate the significant economic potential of this historic gold district."

To account for the upcoming plans, the company has recently expanded its geological team and has begun retaining engineering and other outside contractors to form an experienced, multi-disciplinary group with the objective to deliver significant advances to the project over the coming year.

The project team is currently completing the work necessary for underpinning the initial inferred mineral resource and will be directing 2022 exploration work to expand it.

SRK Consulting of Toronto is preparing an NI 43-101 technical report summarizing geology and exploration on the company's Klondike District project. The report is nearing completion and will be released when received.

Field work on the Klondike project is expected to begin late April, with drilling anticipated to begin mid-May.