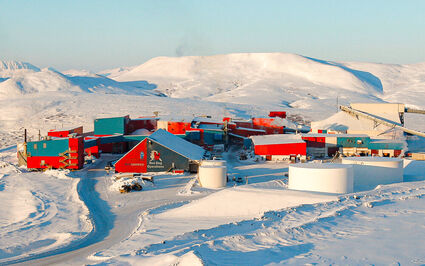 Teck's Red Dog Mine on NANA land in Alaska's Arctic produced 263.9 million lb of zinc during the first three months of 2022.

With zinc prices on the rise and strong production of the galvanizing metal, the Red Dog Mine in Northwest Alaska generated strong profits for Teck Resources Ltd. and revenues for NANA Corp., the Alaska Native Claims Settlement Act (ANCSA) regional corporation for Northwest Alaska.

Teck says the increased zinc output is due to higher grades and mill recoveries, which was offset slightly by lower mill throughput.

This uptick in Red Dog's zinc production comes at a time when the price of this metal, critical to a broad range of industrial sectors, has climbed to record-high territory.

With zinc production lagging behind the demand being driven by improvements in the manufacturing, automotive, construction and infrastructure sectors, zinc prices have continued to rise this year. On April 19, the price for a pound of zinc hit an all-time high of C$2.04/lb.

NANA, which receives a 35% net proceeds royalty from the metals produced at Red Dog, realized an even larger percentage increase in revenue from the zinc mine on its lands in Northwest Alaska. 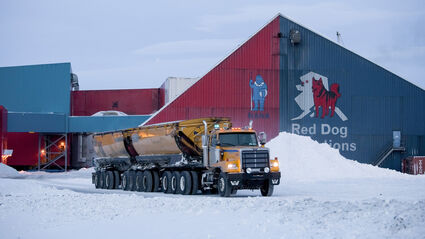 Zinc concentrates produced at Red Dog during the winter are trucked to a port and stored until summer, when they are loaded on ships and transported to the Trail refinery in BC.

This healthy payment to NANA will benefit all 12 ANCSA regional corporations and the villages within them.

Under ANCSA, which was passed by the U.S. Congress and signed into law by President Nixon in 1971, NANA shares its revenues from the Red Dog Mine with the 11 other Alaska Native regional corporations.

This means that proceeds from Red Dog flow to every corner of Alaska.

NANA's net proceeds royalty from Red Dog increases by 5% every five years, up to a maximum of 50%. The next increase to 40% will go into effect later this year.