Critical minerals are not set in stone 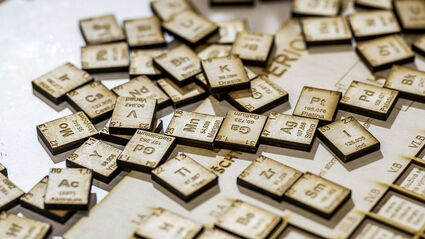 The 2022 USGS critical minerals list includes 50 minerals and metals vital to the economic wellbeing and security of the US.

Supply, demand, and risks to the US supply chain define criticality

Metaphorically speaking, critical minerals are not set in stone. Instead, the criticality of these basic building blocks of modern society shifts with the demands for any given mineral, the ability of the mining sector to keep pace with that demand, and the geopolitics of where that supply comes from.

"Mineral criticality is not static, but changes over time," said Steven Fortier, director of the National Minerals Information Center at the United States Geological Survey.

The critical minerals landscape has been particularly dynamic with America's shift to electric vehicles and renewable energy, sectors of the economy that have created massive new demand for many minerals and metals that were previously considered niche.

Lithium is a prime example. Just 20 years ago, it only took around 15,100 metric tons of lithium to meet the global demands of this metal that was primarily used in ceramics, glass, lubricants, and aluminum production. The roughly 100,000 metric tons produced during 2021, however, was not enough as this lightest of the metals has become increasingly critical to the batteries that bear its name.

The everchanging swings in supply, demand, geopolitical risks, and trade policy are reflected in the USGS's list of 50 minerals deemed critical to the U.S.

The terms critical minerals and strategic minerals can be traced back to World War I, when it became clear that the U.S. needed to bolster supplies of certain metals and minerals to support the war effort. Over the ensuing century, however, the definitions of these overlapping terms have been somewhat subjective and been interpreted differently by various agencies and individuals depending on their priorities.

In the U.S., critical minerals became a little less subjective with a 2017 definition that effectively merged critical and strategic metals, while also offering the flexibility for a list of critical minerals to shift with society.

Under this definition, a mineral is considered critical if it is essential to the economic and national security of the United States; vulnerable to supply chain disruptions; and serves an essential function in the manufacturing of a product, the absence of which would have significant consequences for the U.S. economy or security.

In 2018, USGS established an inaugural list of 35 minerals and metals critical to the U.S.

Due to the ever-changing state of mineral demands and global geopolitics, the Energy Act of 2020 directed the Department of the Interior, which presides over USGS to review the critical minerals list, to update the methodology used to determine the criticality of minerals and metals, gather feedback from the other federal agencies and public, and ultimately finalize a revised list of critical minerals at least every three years.

This led the USGS to draft up a new list of 50 critical minerals and metals that reflects the new shifting landscape for these commodities.

"The USGS's critical minerals list provides vital information for industry, policymakers, economists and scientists on the most important minerals when it comes to U.S. supply chains," said Tanya Trujillo, Assistant Secretary of the Interior for Water and Science. "The statistics and information are crucial to understanding America's vulnerability to disruptions in the supply of critical minerals, including data on the worldwide supply and demand for minerals and materials essential to the U.S. economy and national security."

While critical minerals are not static, they are not as dynamic as the roughly 40% increase from 35 to 50 commodities might suggest. Most of the newcomers to USGS's 2022 list are from individualizing the elemental constituents of two mineral groups – rare earths and platinum group metals.

Traditionally thought of as a single entity, rare earths are actually a group of 15 elements that make up the second row from the bottom on the periodic table – each with its own distinct traits, uses, and markets.

With the exception of promethium, which is an unstable element with a naturally occurring abundance in Earth's crust estimated to be less than 600 grams at any given time, the 2022 critical mineral list considers each REE as a critical mineral in its own right.

Scandium and yttrium, which are often also considered rare earths due to similar properties and geological affinities to the lanthanides, are listed separately on both the 2018 and 2022 critical minerals lists.

USGS's original critical minerals list also considered the group of six platinum group metals as one commodity. The 2022 list names five of them – iridium, platinum, palladium, rhodium, and ruthenium – as critical to the U.S.

While breaking up the rare earth elements and platinum group metals account for most of the U.S. critical minerals list expansion, there are two major additions – nickel and zinc.

Due to its importance to lithium-ion batteries, it is no surprise that nickel made the list.

Less than a month after being officially deemed critical to the U.S., nickel captured headlines when the price of this battery metal rocketed 250% to a brief altitude above US$100,000 per metric ton, or US$45 per pound, in a span of two days.

While a market overreaction triggered by the sanctions on Russia, which accounted for nearly 10% of global nickel supply during 2021, over its invasion of Ukraine, this temporary sharp rise in nickel price and the geopolitical factors behind it demonstrate how quickly the criticality of a metal can shift.

Further details on the growing demand for nickel can be read at More low-carbon nickel the plea for 2022 in this edition of Critical Minerals Alliances 2022.

While not as high-profile or volatile as nickel, zinc is an important ingredient in the renewable energy revolution, as well as the Biden administration's $1.2 trillion infrastructure bill.

An oft-overlooked industrial metal, zinc plays a central role in the low-carbon future due to its use in galvanizing renewable energy infrastructure against weathering. Zinc is particularly demanded by wind power generation, which needs about five metric tons of this metal for every megawatt of power generating capacity, according to the IEA.

These same galvanizing qualities will be needed for the bridges, culverts, guardrails, light poles, 5G network towers, and other upgrades to be funded by the massive infrastructure bill passed by Congress and waiting to be signed into law by President Joe Biden.

In addition to its importance to infrastructure, zinc is arising as an intriguing new lower-cost option for storing the intermittent renewable energy generated by wind and solar.

Further details on the growing criticality of zinc in the United States can be read at Zinc galvanizes US critical minerals list in this edition of Critical Minerals Alliances 2022. 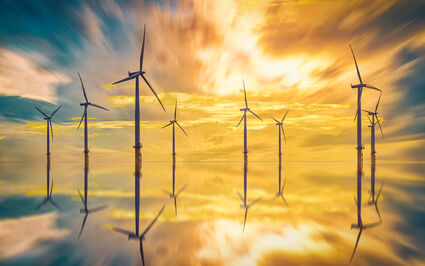 Nickel and zinc, two newcomers to the list of minerals and metals critical to the U.S., are important building blocks for renewable energy generation and storage.

Five commodities deemed critical to the U.S. in 2018 – helium, potash, rhenium, strontium, and uranium – were removed from the 2022 list.

The removal of uranium is considered the most controversial by many who tout nuclear power as an important facet for transitioning to zero-carbon electricity.

The USGS, however, says this omission has more to do with the U.S. definition of critical minerals as to do with uranium's criticality.

"Uranium was not evaluated because the Energy Act of 2020 explicitly excluded 'fuel minerals' from the definition of a 'critical mineral,'" the geological survey explained in a FAQ sheet associated with the draft list of critical minerals.