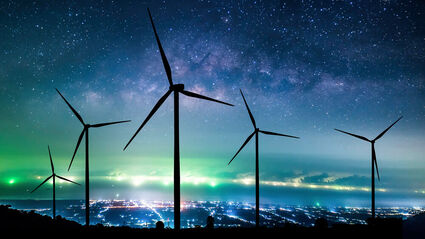 The International Energy Agency estimates that roughly 11,020 lb of zinc is required for every megawatt of low-carbon electricity generated by wind.

Critical minerals are typically thought of as obscure rare earth elements cloaked in geopolitical intrigue, or exciting metals and metalloids that have risen to stardom due to the special properties they bring to cutting-edge technologies such as quantum computing, smartphones, renewable energy, and electric vehicles.

This hardworking base metal, however, landed on the United States Geological Survey's 2022 list of minerals and metals critical to America's security and economic wellbeing – an honor not even bestowed to copper, a metal essential to wiring the envisioned green energy future.

While not as glamorous as making smartphones smarter, wind turbines more powerful, or allowing electric cars to travel further and charge faster, zinc's corrosion-proofing abilities are in high demand as the Biden administration invests well over $1 trillion into upgrading and revamping America's infrastructure for the transition to EVs charged with low-carbon energy.

Above and beyond adding that dull gray weather-proofing layer seen on light poles, guardrails, and 5G telecommunication towers on your commute to work, zinc serves the same role in protecting the renewable energy infrastructure feeding low-carbon electricity into power grids.

According to the International Energy Agency, roughly 11,020 pounds of zinc is required for every megawatt of wind power-generating capacity. A whopping 529,000 lb is needed to galvanize a 100MW solar park, which could power 110,000 homes at full capacity but in practical terms would be sufficient for 20,000 homes or less depending on the amount of available sunshine.

In addition to corrosion-proofing the growing renewable energy infrastructure, zinc is also finding its way into batteries that store the intermittent electricity produced by solar and wind.

Zinc-air batteries are one particularly exciting technology that leverages an underutilized property of the blue-collar metal to safely and efficiently store large quantities of energy for delivery to electrical grids after the sun sets and the breezes are gentle.

Analysts predict that renewable energy and battery storage sectors alone will require 364,000 metric tons (802.5 million lb) per year in 2030, which is more than three times the 109,300 metric tons (241 million lb) needed for these applications during 2020.

The massive new supplies of zinc needed for the American infrastructure and renewable energy buildout, coupled with the fact that current global zinc mining operations are already having a hard time keeping up with baseload demand, weighed on the USGS decision to add this galvanizing metal to the list of minerals and metals critical to the U.S.

This new status instantly elevated Teck Resources Ltd.'s Red Dog Mine in Northwest Alaska to being the largest critical mineral-producing operation in America, both in terms of quantity and value of the materials produced.

Even before the $1 trillion Infrastructure Investment and Jobs Act was signed into the Bipartisan Infrastructure Law by President Biden, global demand for zinc was heating up.

Galvanized steel production in North America for 2021 increased by an estimated 19.6% over 2020, and European production was up over 15.5%. While much of this was the result of recovery from the COVID-19 pandemic, it speaks to the sharp rebound in demand for zinc.

In fact, 2021 galvanized steel production in the U.S. is estimated to have hit its highest level since 2012.

Zinc metal markets in Europe and North America remained tight, pushing zinc prices higher. The average price for the galvanizing metal was around $1.40/lb last year, up roughly 30% from 2020 and moving higher as the year wore on.

Infrastructure and COVID-relief spending in the U.S. and around the globe, coupled with pent-up demand for consumer goods, automobiles, and housing is forecast to keep zinc demand and prices strong.

With zinc prices moving into record territory and Red Dog expected to produce more than 1.2 billion lb of the galvanizing metal this year, which singlehandedly accounts for approximately 4% of global supply, 2022 should be a banner year for this critical mineral mine in Northwest Alaska.

"In 2022, we expect a significant increase in zinc production at Red Dog and a decline in total cash unit cost before byproduct credits despite ongoing cost inflation pressures," Teck Resources CEO Don Lindsay informed investors and analysts in February.

Find out more about germanium at Out of this world germanium properties in this edition of Critical Minerals Alliances.

While galvanizing the global transportation, communication, and energy infrastructure is the primary driver of strong zinc demand and prices, the blue-collar metal is a rising star in the realm of grid-scale renewable energy storage.

Whether it be storing solar, wind energy, or even fossil fuel energy, the ability to store excess electricity and then deliver it when customers demand it most is an essential element to lowering the carbon intensity of global power grids.

So far, lithium-ion batteries have dominated this arena due to being a known and well-understood technology. Lithium batteries, however, are better suited for portable electronics and EVs, technologies that are putting enormous demands on the minerals and metals needed for these common rechargeable cells.

Vancouver, BC-based Zinc8 Energy Solutions is advancing industrial-scale installations of this burgeoning battery technology that is decoupling the energy produced and the power delivered to customers in the U.S. and Canada.

"By decoupling the linkage between power and energy, and using low-cost, abundant materials, our system is capable of reducing its capital cost dramatically for longer-duration applications," according to Zinc8.

Zinc8's groundbreaking energy storage system won the New York Power Authority (NYPA) Innovation Challenge in 2020, resulting in a contract for a large installation of the system in New York State. 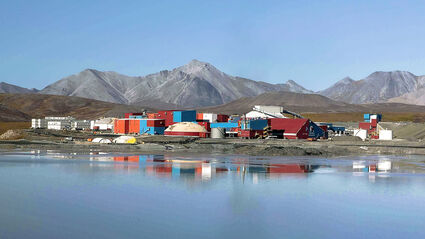 Teck Resources' Red Dog Mine in Alaska produces more than 1 billion pounds of zinc per year, accounting for roughly 4% of annual global supply of this critical metal.

"This is the thing that's changed our company – going from having some interest, but nobody thinking that zinc-air was ready – to our phones ringing nonstop from big utilities and globally connected companies around the world," said Zinc8 Energy Solutions President and CEO Ron MacDonald.

This includes calls from utilities and developers wanting to use Zinc8 systems for long-duration storage of renewable energy to a leading cloud storage provider that is testing the system as a reliable and resilient storage technology that can provide megawatt-scale standby power for the critical data stored.

"The continued growth in cloud data centers globally could greatly benefit from our long-duration energy storage technology and support the commitments to a reduced carbon footprint for operators of large-scale data centers," said MacDonald.

And with zinc being one of the most common metals on Earth, it offers an ideal solution for diversifying grid-scale energy storage and the mined materials needed to achieve the increasingly ambitious targets for phasing out ICE automobiles in favor of EVs charged with green energy.