Adds to 6.4B lb of copper at growing Northwest Alaska deposit 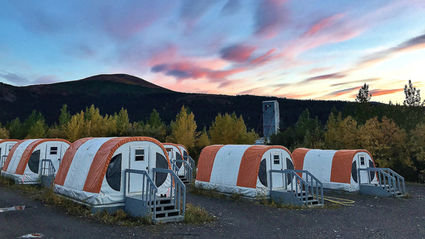 The historic headframe rises above the exploration camp at Bornite, where historical and recent drilling has outlined a growing deposit in Northwest Alaska with roughly 6.4 billion pounds of copper and 77 million lb of cobalt.

The Bornite deposit at Trilogy Metal Inc.'s Upper Kobuk Mineral Projects in Northwest Alaska contains 77 million pounds of cobalt, according to a maiden resource estimate published by the company on June 5.

This significant cobalt resource, among the largest in North America, is a by-product to the roughly 6.4 billion lb of copper that has been outlined so far at this world-class deposit in the Ambler Mining District.

Trilogy Metals anticipates that a US$10 million exploration program currently underway at Bornite will significantly increase the pounds of both of these increasingly important energy metals.

"(W)e expect to continue to grow both the copper and the cobalt resources with an 8,000- to 10,000-meter drill program of in-fill and resource expansion drilling about to get underway during the summer field program in Alaska," said Trilogy Metal President and CEO Rick Van Nieuwenhuyse.

Like the current copper resource for Bornite, Trilogy utilized assay data from holes it drilled between 2011 and 2013 and re-sampled historical holes drilled by Kennecott in the 1960s and 1970s.

A 2016 resource calculation for Bornite used a 0.5 percent copper cut-off grade for the near-surface portion of the deposit being considered for open-pit mining and a 1.5 percent cut-off for the deeper, higher grade mineralization.

Likewise, the cobalt resource for Bornite was calculated for proposed open-pit and underground mining.

"We are very pleased to report an initial 77 million lb cobalt resource for our Bornite project," said Van Nieuwenhuyse.

Results from Trilogy's on-going metallurgical studies indicate that roughly 80 to 90 percent of the cobalt occurs as cobaltiferous pyrite, which preferentially reports to the tailings after the copper is extracted.

"This is great because forming a pyrite concentrate from the copper tails should be relatively straight forward using flotation or dense media separation," said Van Nieuwenhuyse. "In the next few months we will complete flotation test work to concentrate cobalt into a pyrite-rich product that can be considered for further upgrading and recovery of cobalt metal at the Bornite site."

The 77 million pounds of cobalt in inferred resources, places at Bornite reported below is one of the largest cobalt resources in North America.

"Based on market comparable we believe cobalt adds significant value for our shareholders," said Van Nieuwenhuyse.

The shareholder value is expected to get a further boost when large expansions of the Bornite deposit are brought into the copper and cobalt resources.

A US$10 million drill program carried out last year demonstrated that the underground portion of Bornite covers a 1,500- by 2,500-meter area beyond the previously defined resource. All holes drilled to the target depth in this expansion area tapped copper and cobalt mineralization, indicating a significant increase in both metals the next time a resource is calculated.

The holes, however, are too widely spaced to calculate a resource for the copper and cobalt in this expansion area.

The wide spacing of the holes was largely due to the fact that South32 Ltd., a coal and base metals miner spun out of BHP Billiton, was more interested in gaining an understanding of the extent of the Bornite mineralization than calculating the resource there.

Early last year, South32 cut a US$150 million deal with Trilogy to earn up to a 50 percent joint venture interest in the Upper Kobuk Mineral Projects.

To keep this option open on UKMP, South32 agreed to invest US$10 million a year on the project over a three-year span, funds that have been spent so far on expanding Bornite.

This year's US$10 million program is expected to include at least 8,000 meters of drilling to in-fill and expand upon the area outlined during 2017.

"We look forward to reporting an updated copper and cobalt resource, along with results of further metallurgical test work, once the work has been completed," Van Nieuwenhuyse said.

Due to growing demand, lack of domestic mines and unreliable overseas supply, the United States Geological Survey has listed cobalt as one of the 35 minerals critical to the U.S.

In its annual report, Mineral Commodity Summaries 2018, the United States Geological Survey forecasts that the rechargeable battery sector is expected to drive the demand of cobalt higher and faster than the mining sector will bring new supplies of the battery metal to market.

The U.S. currently relies on overseas sources for 75 percent of its current needs, a dependence that is further complicated by the fact that the Democratic Republic of Congo (DRC) supplies more than half of the world's mined cobalt. 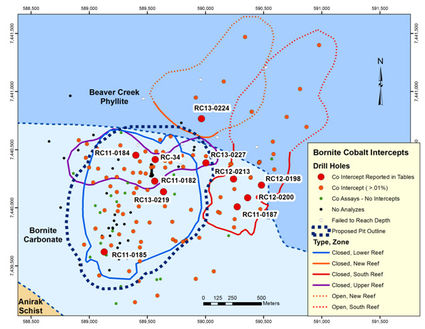 "With the market interest in finding cobalt resources outside of the Congo – where child labor and worker exploitation have been highlighted by Amnesty International and others as problematic for the auto and electric battery industries, defining a large, North American cobalt resource has become a priority for the company," the Trilogy CEO added.

For more information on cobalt and where it can be found in Alaska, read Critical Minerals Alaska – Cobalt, published in North of 60 Mining News on May 25.