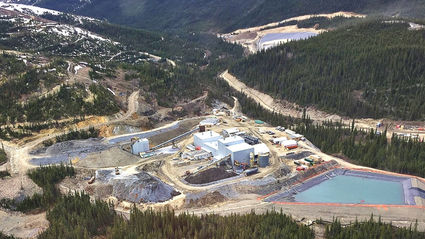 Through the first nine months of 2018, Coeur Mining's recently acquired Silvertip Mine in northern British Columbia has produced 298,000 ounces of silver, 3.7 million pounds of zinc and 2.26 million pounds of lead.

Coeur Mining Inc. Oct. 9 indicated that it expects strong precious metals production from its Silvertip Mine in northern British Columbia and Kensington Mine in Southeast Alaska during the final three months of 2018.

With repairs to various components of the plant impacting throughput, the Silvertip mill proce...