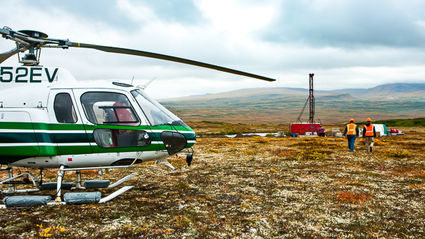 The measured and indicated resources at the Pebble deposit in Southwest Alaska continues roughly 2.9 million kilograms of rhenium, or roughly US$6.4 billion of the critical metal.

Roughly 52,000 kilograms, or 52 metric tons, of rhenium was produced worldwide during 2017. The United States is by far the largest consumer of this critical mineral, accounting for 42,600 metric tons, or nearly 82 percent, of last year's global production.

The second most popular use for rhenium, accounting for about 10 percent usage, is in the production of high-octane, lead-free gasoline.

Rhenium's high melting point and stability outside of a vacuum makes it a great ingredient for filaments used in open air. Camera flashes and mass spectrometers are among the common uses of rhenium filaments.

New lower rhenium content alloys have pushed the price of this critical metal down to around US$2,200/kg.

"Consumption of catalyst-grade APR (ammonium perrhenate) by the petroleum industry was expected to remain at high levels. Demand for rhenium in the aerospace industry, although more unpredictable, was expected to continue to increase," USGS inked in its 2018 minerals report.

To sate its appetite for rhenium, the U.S. produced around 8,500 metric tons of this critical mineral domestically during 2017. Most of the balance was imported from Canada, Chile, Germany, Kazakhstan, and the Republic of Korea.

Currently, there is only one refinery in the United States set up to recover rhenium. This roaster, which is located at Freeport-McMoran Copper & Gold's Sierrita facility in Arizona, processes byproduct molybdenite concentrates from the companies own mines as well as third party concentrates. 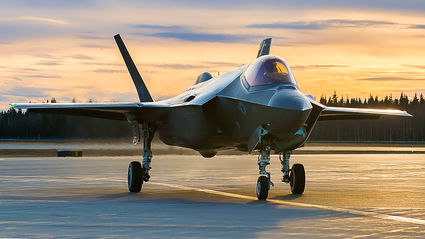 The jet turbines in newer generation U.S. fighters, such as this F-35 at the Eielson Airforce Base in Interior Alaska, are made from an alloy containing 6 percent rhenium.