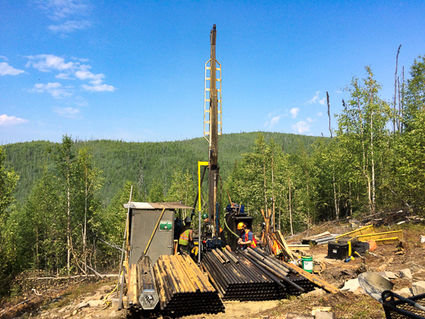 White Gold completed a total of 8,745 meters of diamond drilling this season in 18 holes at the Golden Saddle deposit on the company's namesake property in the Yukon.

It's clear by now that famed prospector Shawn Ryan has the Midas Touch when it comes to making significant mineral discoveries in the White Gold District of west-central Yukon Territory.

During the past few weeks, junior mining company White Gold Corp. – which Ryan guides as chief technical advisor – reported not one, not two, but at least three significant gold discoveries in the region.