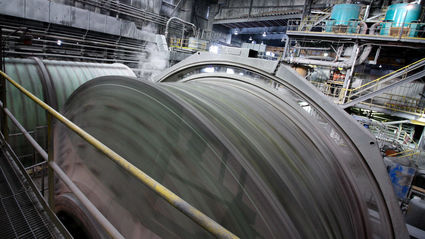 Feeding more ore through the mill is one of Northern Star Resources' strategies for boosting gold production and reducing costs at its newly acquired Pogo Mine in Alaska.

In less than a decade, Northern Star Resources Ltd. has built a multi-billion-dollar mining company by breathing new life into aging underground gold mines in Australia. Now, the Perth-based company is applying the same strategy that has proven so successful at home to its newly acquired Pogo gold mine in Interior Alaska.

Shaun McLoughney, Northern Star's general manager at Pogo, however, cautions that the changes necessary to the long-term success of the underground gold operation near Delta Junction means financial discipline at the operation and some belt-tightening for vendors and contractors hoping to continue to do business with the mine for years to come.

"One the huge things for us to get right at Pogo is resetting that cost-base. Right now, it is cash-negative," McLoughney told business leaders gathered for the Greater Fairbanks Chamber of Commerce at an April 9 luncheon.

The longtime underground miner from Australia said it is Northern Star's responsibility to get Pogo profitable in order to ensure the long-term sustainability of the mine and the jobs and business opportunities that go with it.

A responsibility the underground miner takes seriously, not only for the approximately 500 employees and contractors working at the mine, but those workers families and the many Interior Alaska companies that provide services to the operation.

"There are thousands of people whose livelihoods depend on that mine working," McLoughney said.

The previous Pogo owner, a joint venture between Japanese firms Sumitomo Metal Mining Company (85 percent) and Sumitomo Corp. (15 percent), produced nearly 4 million ounces of gold at Pogo before selling the mine to Northern Star last fall for roughly US$260 million.

In recent years, however, gold reserves and production at the mine had been dwindling.

McLoughney said that if a company like Northern Star had not stepped in with the fresh mining ideas and new investment, operations at Pogo would be winding down.

In order to breath new life into Pogo, however, Northern Star needs to make some large upfront investments into the mine.

In addition to the US$260 million to buy Pogo, the Australian miner is investing US$50 million into exploration over the next couple of years and US$35 million on new equipment.

In total, this comes to nearly $485 million in Australian dollars.

"We are throwing money from Australia into that mine," the Northern Star Pogo manager told the Fairbanks business community.

Northern Star's investments and expertise has resulted in a 22 percent increase in mine productivity and a 33 percent rise in mill throughput. As a result, the cost per metric ton of ore processed dropped 23 percent during the first three months of operations under the company.

The all-in costs for producing gold at Pogo, however, is currently higher than expected.

This leaves very little to begin paying back the Australian dollars being thrown at the mine so far.

Given these costs and the other timing considerations associated with the transition process, Northern Star has increased its cost guidance for Pogo from US$880/oz to US$950-1,025/oz for fiscal year 2019, which ends on June 30.

"The timing of this cross-over, combined with the increased upfront investment in development, drilling and mobile fleet, has led to the spike in costs," said Beament. "While much of this is of a temporary nature, we believe it is prudent to revise Pogo's costs guidance for this financial year."

It is McLoughney's job to ensure that the spike in costs is indeed temporary.

"We need to run this as a business and make money," he informed the Fairbanks-area businesspeople.

To do this, it is up to the Northern Star Pogo mine manager to ensure that every Australian dollar thrown at Pogo is well spent.

This includes the US$35 million invested into revamping the mining fleet at Pogo. Bought through a local vendor, the new mining fleet is more efficient than the decade-old equipment it is replacing.

One of the key pieces of this new fleet is a remotely operated loader. With the operator not strapped into the vehicle, the loader can cruise along its route at twice the speed of a similar piece of equipment with a worker strapped in. When you couple that with a bucket that is twice the size of the conventional loader it replaced, this one piece of equipment can do four-times the work.

The same idea goes for the other new equipment and technologies Northern Star has implemented at Pogo.

"It is not about making people work harder, it is about introducing these technologies and systems that will allow us to be more productive as we build a better business," said McLoughney.

The more efficient mining is expected to help drive down costs.

The other big on-site investment being made is in exploration, which is key to ensuring there is plenty of economic gold to be mined at Pogo.

To accomplish this, the Australian gold miner has nine underground drills focused on expanding, upgrading and defining resources.

The results from this drilling will be incorporated into new reserves that will extend the life of Pogo.

"Our target for this year is about 1.5 million ounces, which is a five year mine-life," McLoughney said.

Next year, the company hopes to double that, ensuring the Pogo Mine has enough reserves to last a decade.

Part of the strategy to bring in new reserves is lowering the cut-off grade for mineable ore at Pogo from 8.3 grams per metric ton to 4.3 g/t gold.

"What that does, is allows a huge amount of mineral inventory to come into our books there," said the Pogo mine manager.

Lower grade ore, however, means the company needs to be cognizant of costs.

McLoughney said the mineralization at Pogo looks much better than Northern Star's operations in Australia.

"Some of our geologists are looking at it and saying it is about five times the size of Jundee, which is running at about 300,000 oz (of gold annually), with a 10-year mine-life. So, it has the potential to be a huge mine for us," he said.

The Central Veins, an exciting new discovery the Australian miner has already made at its Alaska mine, is one of the reasons for this enthusiasm.

"That is really one of the most exciting prospects we have going forward," he said.

That it is only about 800 meters from the current underground development at Pogo makes this discovery even more enticing.

McLoughney said grades like these, which are much higher than anything the company is seeing at its Australia operations, has Northern Star geologists smiling.

With four surface drills turning, Northern Star hopes to delineate a very high-grade deposit that it can bring into the future mine plan at Pogo.

As exciting as the developments at Pogo are, McLoughney delivered a tough message to Alaska suppliers and contractors that do business with the mine.

The Northern Star Pogo manager said the costs some businesses were charging for goods and services where too high to be sustainable.

"Those people that were doing that were driving that business out of business," McLoughney said, referring to some of the costs that were passed onto Northern Star when it acquired Pogo.

"If you are not keeping an eye on it, you lose control of those costs in a heartbeat and it is so hard to throttle them back," he added.

Nevertheless, it is McLoughney's job to do just that.

He said Northern Star Pogo management is doing what it can to provide purchase guarantees and other means to reduce risks that may have been factored into costs.

"The goal isn't to hold the blowtorch to your feet and get the price where you are losing money, that is not beneficial to us at all," he told Fairbanks business leaders. "Businesses have to make money, but it has to be a reasonable amount of money so that we can continue to operate Pogo."

While business negotiations with Northern Star are tough, some of the changes made at Pogo means more money going into the pockets of Interior Alaska residents.

"We have put on 46 additional employees from the local area," McLoughney said.

At an average annual salary of around US$100,000, this adds up to an additional US$4.6 million flowing from Pogo into the local communities. 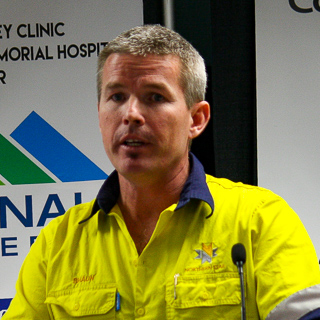 This addition to the workforce is the result of Northern Star bringing mining activities that were previously contracted in-house.

In addition to cost savings, the mine and its employees will benefit from learning the mining techniques and equipment that have proven to be successful for Northern Star in Australia.

"This is a bit of a vanguard into North America," said the Pogo mine manager. "The Australian (mining) industry is a lot further advanced in a lot of these areas than what we have seen here in North America."

McLoughney said the mining and business changes will ensure the longevity at Pogo, as well as the jobs and contracts that go along with it.

"No question, going forward we will soon have a viable operation," he said.