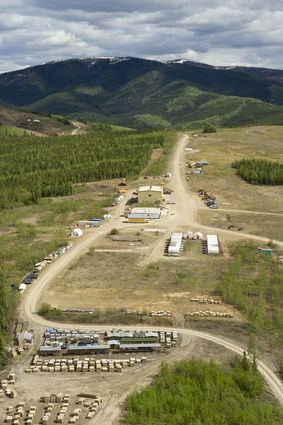 An aerial view of the facilities at Golden Predator Mining's Brewery Creek gold mine project in the Yukon.

Golden Predator Mining Corp. April 30 announced an agreement with Franco Nevada Corp. to eliminate the net smelter royalty on the gold recovered from a future mine at Golden Predator's Brewery Creek mine project about 55 kilometers (34 miles) east of Dawson City.