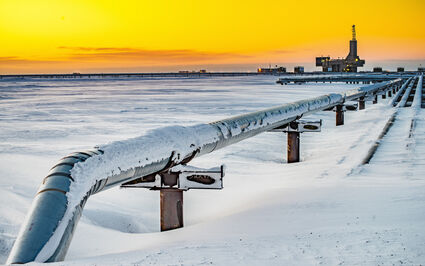 It was the vast petroleum reserves lying under what is now the Arctic Slope Regional Corp. (ASRC) region and the need to build a roughly 800-mile pipeline to deliver oil to global markets that prompted the need to settle aboriginal land claims in Alaska and led to the passage of the Alaska Native Claims Settlement Act, commonly referred to as ANCSA.

Signed into law by U.S. President Richard Nixon in 1971 ANCSA involved a unique plan to organize Alaska Natives into 12 regional corporations, with each of these corporations having its own geographical regions based largely on heritage and shared interests.

The ASRC region covers roughly 95,000 square miles of Alaska's entire North Slope, a vast expanse nearly the size of Oregon that extends from the Brooks Range North to the Arctic Ocean and from the Yukon Border west to Point Hope – a vast and treeless arctic area settled by the Iñupiat ancestors of the approximately 13,000 current ASRC shareholders more than 10,000 years ago.

The hard work, perseverance, strength and ingenuity passed from these earliest adventurers that trekked into this new but foreboding region laid a foundation for the Arctic Slope Iñupiat to build ASRC into the largest Alaska-owned company.

While the rich oil reserves lying under the Arctic Slope region, particularly under the roughly 5 million acres of lands selected for ownership by ASRC, is the primary resource that helped fuel the Iñupiat-owned corporation's success, the region also covers areas highly prospective for zinc, lead, silver, molybdenum, tungsten and coal.

While ANCSA is inexorably tied to the rich oil and gas discovered under the Arctic Slope region, this did not translate to instant financial success for ASRC.

Being a fledgling corporation vying for some of the richest petroleum real estate on Earth created early challenges, not only from corporate interests but also from large swaths of the region being off limits due to national interests.

ANWR, on the other hand, was designated as wilderness protection area in 1960, a designation that was formalized as a wilderness reserve with the passage of the Alaska National Interest Lands Conservation Act (ANILCA) in 1980.

These federal set asides took nearly half of the region off the table for land selections and ASRC had limited information about available lands in the other areas.

While gaining land ownership on the North Slope and subsequently signing oil and gas leases with some of the largest oil companies of the day – Union Oil, Amoco, Texaco and Chevron – provided critical revenue for the fledgling ASRC and its subsidiaries, the Arctic Slope Native corporation still had a tough financial road ahead.

In 1982, a 7(i) settlement agreement was signed, which set out in very certain terms how resource revenues would be shared among all 12 regional corporations.

With this area of ANWR now open to oil and gas development, ASRC stands to benefit from the foresight of the land exchange, benefits that will flow out to the other ANCSA regions under Section 7(i).

On lands owned by NANA Corp., the ANCSA corporation for Alaska's Northwest Arctic, Red Dog produces roughly 1.3 billion pounds of zinc per year, or about 5 percent of the world's new supply of the galvanizing metal, along with healthy supplies of lead, silver and germanium.

Kuna Formation, a package of black shale and chert that hosts the Red Dog deposits, extend north into the ASRC region.

ASRC seeks a mining company to explore, develop and mine deposits, which may be located on its lands.

Northern Alaska Coal Province, which extends east across 300 miles of the ASRC region from the Chukchi Sea, hosts an estimated four trillion tons of high-quality bituminous and subbituminous coal. This accounts for roughly 11 percent of the world's known coal resource and about 33 percent of the U.S. resource.

ASRC said that exploration thus far has concentrated our studies on a single coal deposit located only six miles from tidewater on the Chukchi Sea.

The Arctic Slope corporation said drilling has upgraded more than 100 million tons of coal in the Western Arctic Coal deposit to reserves for mining and estimates another 50 to 100 million tons could be added to the reserves of this one near coast deposit.

Not only is the Western Arctic Coal deposit world-class in size, the coal there is premium quality and ultra-low sulfur. According to ASRC, Western Arctic Coal averages 0.23 percent sulfur, 3 percent moisture, 7 percent ash and has a heating value in excess of 12,000 British thermal units (BTU) per pound.

"Alaska's North Slope could be the world's coal storehouse for the next century," ASRC penned on its website. 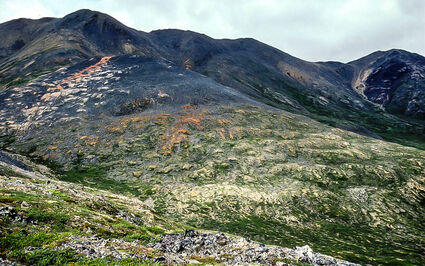 Bear Mountain in northeast Alaska hosts a large porphyry molybdenum occurrence that some believe to also be the largest deposit of tungsten in the United States.

While Bear Mountain may be off limits, ASRC owns extensive deposits of gravel that are strategically located near villages, petroleum development, and high-potential resource areas.

While this gravel may not be considered critical to the U.S., it is vital for oilfield, pipeline, industrial and community infrastructure development in Arctic Alaska.

So, while Alaska's North Slope oil and gas led to settling Alaska Native land claims, and has been a major economic driver for ASRC, the Arctic Slope hosts more solid minerals that could play a role in the future of the region and its people.