Extra gold recovered during relining of mill at Alaska mine North of 60 Mining News – April 24, 2020 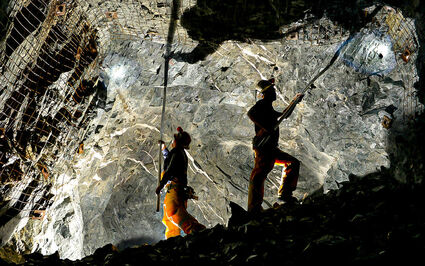 Scaling underground workings at Kensington, an Alaska mine on pace to produce nearly 130,000 ounces of gold this year.

Coeur Mining Inc. April 22 announced increased gold production at Kensington, thanks to increased ore grades and recovery rates at this Southeast Alaska mine.

Kensington produced 32,022 ounces of gold during the first quarter, which is an 8% increase over the previous quarter and a 7% improvement over the first three months of 2019. This puts the mine on pace to produce more than 128,000 oz of...