Murkowski prepares to ensure Alaska has a place at the table; its resource sectors are off the menu under a Biden presidency North of 60 Mining News – November 25, 2020 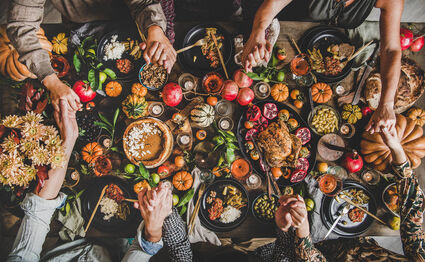 Alaska Sen. Lisa Murkowski said she will be stressing the importance of keeping Alaska at the table and its natural resource sectors off the table under a Biden administration.

With it becoming increasingly apparent that Joe Biden will be confirmed as the 46th President of the United States, Alaska Sen. Lisa Murkowski believes the coming years will be "interesting times" for the state's resource sectors.

"There is near certainty that he is going to be taking office on Jan. 20, 2021," Alaska's senior senator said, referring to Biden, during the Resource Development Council for Alaska annual convention. "If he follows through on some of his campaign promises, that could mean potentially some changes, and perhaps sweeping changes, for energy and environmental regulation."

While these sweeping changes will most certainly focus on reducing America's use of oil and gas, a vitally important sector of Alaska's economy, Murkowski said she will champion Alaska as one of the world's most sustainable sources of these fuels and as an important source of the minerals and metals needed to build a renewable energy future.

"Other countries understand the importance of minerals and they are working to consolidate control of their supply chains. Yet, in this country we have some who are working to lockup and shutdown the mining sector," she said. "So, what I am going to continue to stress is Alaska can and will be at the center of it all – we have got an incredible mineral base; we've got viable deposits of almost every mineral that is critical to our economy, to our national security, and to our international competitiveness."

Convincing a Biden White House that Alaska's oil, gas, and minerals are vital to any energy plan for the U.S. will be an about face from working with President Donald Trump over the past four years.

"From Day 1, the Trump administration has helped us accomplish many of our long-held priorities," Murkowski said.

Reflecting on the nearly four years that have passed since President Trump moved into the White House, Murkowski said the Alaska delegation, which also includes Sen. Dan Sullivan, R-Alaska, and Rep. Don Young, R-Alaska, made significant strides when it comes to natural resource production and land management policy.

"I think our state is in a better place because of it and given we are living through 2020, these are important for having placed us in a better spot," she said.

Two of the largest wins for Alaska resource development was getting to a lease sale in Alaska's Arctic National Wildlife Refuge (ANWR) and exempting the Tongass Forest in Southeast Alaska from the 2001 Roadless Rule.

The U.S. Bureau of Land Management estimates that the 1.6-million-acre coastal plain at ANWR hosts between 4.25 and 11.8 billion barrels of technically recoverable oil.

The Tax Cuts and Jobs Act signed by Trump in 2017 authorized the development of up to 2,000 federal acres of the non-wilderness Coastal Plain – roughly one ten-thousandth of all of ANWR – which has the potential to deliver roughly 10.4 billion barrels of oil to the 800-mile Trans-Alaska Pipeline System over the coming decades.

BLM says the legislation signed by Trump is unique because it not only allows for an oil and gas development program but requires one that delivers energy to the nation and revenue to the treasury.

On Nov. 17 BLM put out a 30-day notice calling for nominations and comments for ANWR coastal plain oil and gas lease sales slated for next year.

"We have been trying for ANWR for 40 years and this year we were successful with it," she said.

In late October, the U.S. Department of Agriculture, which oversees the U.S. Forest Service, announced a final Alaska Roadless Rule that exempts the Tongass National Forest from the 2001 Roadless Rule.

"Alaskan's now have greater access to the Tongass National Forest, thanks to the Nation Forest Service decision to provide full exemption to the 2001 Roadless Rule, this should never have applied to Alaska," said Murkowski.

Established by the Clinton administration, the roadless rule prohibits road building and logging on 58.5 million acres of national forest lands, including more than 9.2 million acres of the Tongass.

In addition to potential timber harvest, the lifting of the roadless rule is good news for companies hoping to develop mineral projects in Southeast Alaska.

One of the most advanced of these potential mine projects is Ucore Rare Metals Inc.'s Bokan Mountain, rare earth elements and critical minerals project on Prince of Wales Island.

Heatherdale Resources Ltd.'s Niblack copper-gold-silver-zinc project, also on Prince of Wales Island, is another mining project that could potentially benefit from the ability to establish surface infrastructure.

Murkowski said that Alaska's track record shows that the state can balance economic opportunities through resource development alongside environmental stewardship.

"We have seen time and time again, in Alaska, that we can balance responsible resource development with stewardship of our lands and our waters," she said.

Another area where Murkowski and the Trump administration are aligned is on fostering the domestic production of minerals considered critical to America's economic wellbeing and national security.

"My team and I have been working closely with the administration to make this a priority issue for the country," she told attendees of the RDC virtual convention.

The U.S. depends on foreign countries for more than 50% of its supply of 31 of the 35 minerals considered critical to the nation's economic wellbeing and national security, including 100% import-reliant for 14 of them, according to the U.S. Geological Survey's Mineral Commodity Summaries 2020 report.

Alaska's senior senator says the Trump administration has done a good job of addressing the critical minerals issue through executive actions but more needs to be done on Capitol Hill.

"We need to back administrative action with meaningful legislation," she said.

As chair of the Senate Committee on Energy & Natural Resources, a role she will be relinquishing at the end of 2020 due to term limits, Murkowski has been a strong advocate for meaningful critical minerals legislation.

In February, she and Sen. Joe Manchin, D-W. Va, introduced the American Energy Innovation Act, which addresses a broad range of energy issues, including an over-reliance on imports of the minerals needed to build America's energy future.

"This is our Achilles' heel and an insidious threat to both our national security and international competitiveness," the bill sponsors observed.

Manchin called the American Energy Innovation Act "a down payment on emissions-reducing technologies," and said it would re-assert America's leadership role in global markets.

While the American Energy Innovation Act has received broad bipartisan support, the legislation stalled as the focus in Washington D.C. shifted to dealing with the COVID-19 pandemic.

This legislation was included in two versions of COVID-19 relief packages that were unable to get passed during the negotiations leading up to the 2020 election. Murkowski, however, says the energy innovation legislation remains on the table as part of year-end negotiations between Washington D.C. lawmakers.

"There is this recognition that this is a significant vulnerability, and we need to address it," she said, indicating there may be enough bipartisan support to see the legislation passed out of Congress before year's end.

Keeping Alaska off the menu

As the end of the year, and potentially the Trump presidency, draws nigh, Murkowski is preparing to work with a Biden administration that will likely not be as favorable for Alaska and other states with economies dependent on natural resources.

"I will certainly work with them to do what is right for Alaska, as I have with all administrations. But I am also acutely aware that I am not always going to agree with them, especially if their actions are harmful to Alaska and our interest," the Alaska senator said.

"We are stressing how important it is for the new administration to work in a manner, like we saw with the Trump administration, where Alaska is at the table rather than being on the menu," she added.

Murkowski does see some win-win opportunities where Alaska's resource sectors could help Biden administration energy policies – especially when it comes to supplying the minerals and metals that will be needed for the renewable energies that are expected to be a primary focus.

"I am going to be reminding my colleagues that no conversation about clean energy, or any other industry of the future, is complete without a real discussion of the mineral requirements that are needed to make those technologies into broad scale realities – that is just a fact," she said.

She will also be reminding a Biden administration that America will continue to need petroleum in the years to come, and Alaska provides a sustainable source of oil and gas that benefits the economies of Alaska and the U.S.

"If the new administration is to achieve its goal, it is going to need to partner with Alaska – rather than treating us like a snow-globe sitting up on a shelf, or one giant national park or one big wildlife refuge, she said. "So, let's show them that our minerals must be part of the solution, that our oil and gas industry can lead in carbon management, we can harness the power of our renewables, and a stronger Alaskan economy means a stronger American economy."

These conversations will be a lot easier for Murkowski and her delegation colleagues if Republicans retain control of the Senate.

Under a Biden administration, by picking up 50 seats the Democrats could gain a de facto majority with Vice President Kamala Harris' right to cast a tie-breaking vote in the Senate. 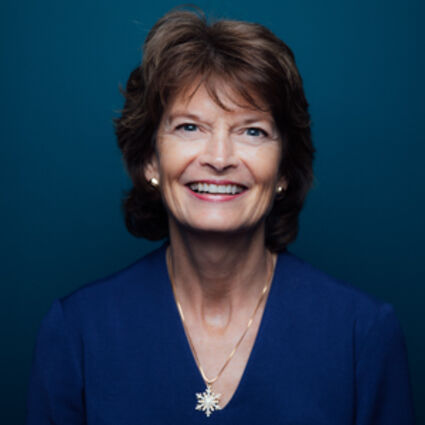 After the initial results of the election, Republicans hold 50 Senate seats. Two Georgia seats up for grabs in a runoff election. If the Democrats pick up 50 seats by winning both Georgia runoffs, Murkowski sees major ramifications for just how aggressive climate change policies and other Democrat priorities are pushed through in Washington D.C.

"If the two Georgia seats are lost and you have a Democrat majority in the Senate, I think you will have every effort to go as far Left on environmental policies and climate policies as far as they possibly can because I think they will feel this is their one window and their one chance," she said.

Under such a scenario, Murkowski, Sullivan and Young will have their hands full keeping Alaska and its resource sectors off the menu.

"We've been through interesting times before, we don't always relish them, but we will have to dig deeper and band closer. But we also know that we can make our way through and my goal is to emerge better and stronger than before," said Murkowski.

As one of the never Trumpers that basically ushered Biden into the Whitehouse, its pretty rich to hear the Senator talk about how good Trump was for Alaska. So who is she representing? Add to that her opposition to Pebble and it clearly is not the residents of Alaska.