Says it was not afforded chance to address minor deficiencies North of 60 Mining News – December 18, 2020 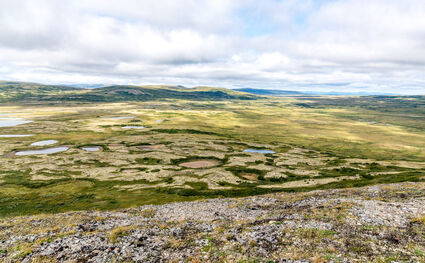 To mitigate the disturbance of wetlands and streams to while mining the copper, gold, silver, molybdenum, rhenium, and other metals below this treeless expanse, the Pebble Partnership has proposed the creation of a 112,445-acre Koktuli Conservation Area on state-owned lands to the west.

Northern Dynasty Minerals Ltd. says the US Army Corps of Engineers' rejection of the compensatory mitigation plan submitted for the Pebble Mine project in Southwest Alaska is unlawful, unprecedented in Alaska, and unsupported by the administrative record.

"I am very confident in saying I believe our CMP is both compliant with the Clean Water Act and fully responsive to the Corps' demand. So, we were shocked when they found our plan to be non-compliant, and even more so that they didn't provide any opportunity to respond to alleged deficiencies," said Northern Dynasty Minerals President and CEO Ron Thiessen.

As such, Northern Dynasty's Alaska-based subsidiary Pebble Limited Partnership plans to submit a request for appeal of Army Corps' November record of decision that denied the major federal permits needed to develop Pebble on the basis that Pebble Partnership's plan for the discharge of fill material does not comply with Clean Water Act guidelines.

Following the July publication of a Final Environmental Impact Statement for Pebble, the Army Corps sent Pebble Partnership a letter detailing the need for "in kind" and "in watershed" mitigation for roughly 3,650 acres of wetlands and 185 miles of streams to be disturbed by mine development.

Northern Dynasty believes Army Corp's demand for in-kind and in-watershed mitigation at a very high disturbance-to-conservation ratio is unprecedented in Alaska, and contrary to the regulator's standard practice.

"The US Army Corps of Engineers issued a finding this summer that Pebble would cause 'significant degradation' to aquatic resources in the project area, and on that basis issued mitigation requirements that were both extreme and unprecedented in Alaska," said Thiessen. "Although we believe the USACE's 'significant degradation' finding to be contrary to law and unsupported by the administrative record as established by the Environmental Impact Statement, we set out in good faith to meet their demand for in-kind and in-watershed mitigation at a very high and unprecedented ratio for Alaska – and after a tremendous amount of professional effort and investment, we did it."

To meet the high mitigation standards, the Pebble Partnership proposed the creation of a 112,445-acre Koktuli Conservation Area on state-owned land – thereby preserving 27,886 acres of wetlands, 1,174 acres of other waters and 814 miles of streams in the immediate vicinity of the proposed Pebble Mine.

In order to collect the technical data needed to submit a compensatory mitigation plan, more than 20 wetland professionals and support staff mapped wetlands and waterbodies across the proposed Koktuli watershed conservation area this summer.

HDR Alaska, which has prepared dozens of Clean Water Act-compliant compensatory mitigation plans for resource and infrastructure development projects across Alaska, assisted in preparing the plan for Pebble.

"We expended considerable financial and professional resources delivering exactly what the US Army Corps asked us to deliver on compensatory mitigation," Thiessen said.

In addition, the Pebble Partnership met with Army Corps officials to confirm its view that the proposed mitigation area would meet the federal regulator's requirements for mitigation. The company says the objections that later became the basis for rejecting the mitigation plan were never raised during these meetings.

In its rationale for finding Pebble's mitigation plan out of compliance, Army Corps said the proposal failed to compensate for impacts at the Cook Inlet port location.

The Pebble Partnership, however, says its mitigation plan clearly proposes to mitigate for the port site through inclusion of additional acres in the already large Koktuli Conservation Area.

Northern Dynasty says this and Army Corps' other reasons for rejecting the mitigation plan and, by extension, the major federal permits to develop a mine at Pebble were minor and subjective. And the regulator never provided an opportunity to address any deficiencies. 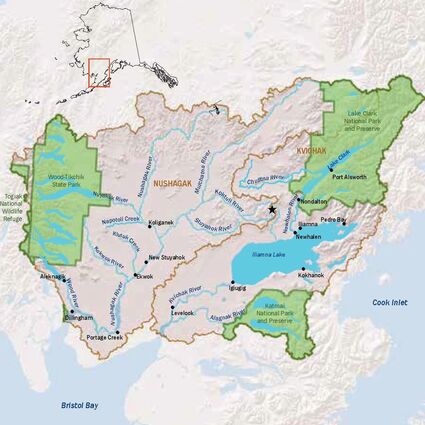 The Koktuli River lies west of the proposed Pebble Mine site.

"For the USACE to summarily reject a CMP that is directly responsive to its requirements, to do it on the basis of what we believe to be largely minor and arbitrary deficiencies and without giving the proponent an opportunity to respond to those alleged deficiencies or otherwise amend its application is, we believe, without precedent in the long history of responsible resource development in Alaska," said Thiessen.

The Pebble Partnership plans to address what it considers excessive mitigation requirements and Army Corps' procedurally invalid rejection of its mitigation plan in a request for appeal slated to be submitted in January.

"It was our belief when we submitted the CMP that we'd met the regulatory requirements under the Clean Water Act and that remains our belief today," the Northern Dynasty CEO added.