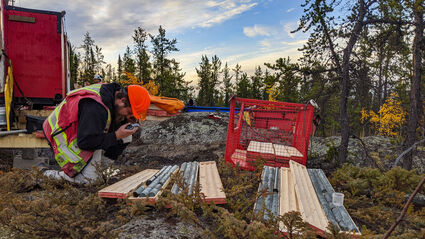 A geologist inspects core at Gold Terra Resource's Yellowknife City Gold Project, one of the bright spots during a dismal year for exploration in the Northwest Territories.

As 2020, arguably the most calamitous year for northern mining in decades, drew to a close, the Government of Northwest Territories took the unusual step of topping up its annual mining incentives program with an additional C$100,000.

In August, the territorial government awarded C$1 million in these grants to 19 junior mining companies and prospectors who proposed mineral exploration programs during the 2020-2021 field season. Normally awarded in the spring, the incentives were offered late in 2020 because of delays and government safety protocols established in response to the devastating effects of the COVID-19 pandemic.

Designed to spur hardrock mining exploration activity at a time when investment in the sector languishes, the 2020 incentives marked the sixth year in which the territorial government's Department of Industry, Tourism and Investment has handed out monetary assistance to members of the mining industry.

From 2014 to 2018, the NWT Mining Incentives Program has invested roughly C$3 million in NWT mineral exploration projects, which resulted in nearly C$15 million in total spending from funded projects.

Canadian economists forecast 2020 with the lowest levels of mining exploration and deposit appraisal spending in the Northwest Territories in the 21st century. The previous nadir of C$44 million occurred in 2009 during the Great Recession.

NRCan's "Annual and Revised Spending Intentions Statistics for Mineral Exploration" showed the Northwest Territories mining industry's spending for 2020 was expected to drop 54% to C$36.6 million, compared with C$79.8 million in 2019.

"2020 has been a year unlike any other with many private sector businesses and industries impacted by the COVID-19 pandemic," NWT & Nunavut Chamber of Mines President Ken Armstrong said in November. "It is therefore not surprising to see a decline in mineral exploration investment in the North. However, the drop is worrisome when compared to southern Canada where, despite pandemic-related restrictions and program delays, exploration spending increased. For example, in Ontario and Quebec, where over half of Canada's exploration spending occurs, year over year mineral investment rose 7% and 17%, respectively."

"This difference in exploration expenditures between Canada's three territories and the provinces highlights the significant challenges to northern resource development. We will continue our close work with governments to address these challenges, to see mineral resource development emerge stronger, and in turn help support healthy and resilient northern communities," Armstrong added.

Of the 19 mining incentive grants awarded by the Northwest Territories government earlier in the year, C$744,353 went to corporate applicants, while C$251,060 was awarded to prospectors.

Under the program's guidelines, corporate projects may receive up to C$240,000 in funding, while prospectors can win grants totaling up to C$25,000 each.

The new NWT funding is consistent with a commitment by the territorial government to increase mining incentive programs by 50% over the next four years in order to attract and support both early-stage and advanced exploration projects in the territory, its officials say.

Along with the new funding, C$20,000 from an earlier-funded project that did not proceed also has been redistributed. 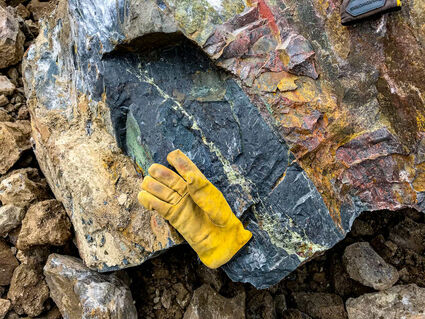 The new funding, totaling C$120,000, went to four companies currently active in the NWT and positioned to make use of additional funding to support or enhance their exploration activities.

"Renewed exploration activity is needed to restore levels of investment, partnership, employment, and growth in the NWT's economy," said Northwest Territories Industry, Tourism and Investment Minister Caroline Wawzonek. "At this critical time, it is essential that we support companies that are promoting economic activity. We want to restore our mineral development sector – not just our mines but also exploration companies with early and advanced projects – to ensure we have projects and mines in the future to drive economic growth and prosperity."