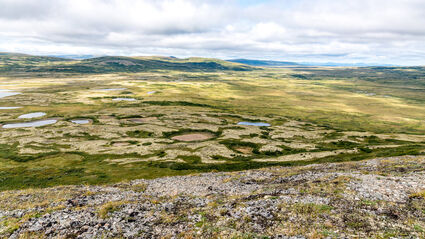 To mitigate the disturbance of wetlands and streams to mine the world-class deposit of metals below this treeless expanse, Pebble Partnership proposed the creation of a 112,445-acre Koktuli Conservation Area on state-owned lands to the west.

Pebble Limited Partnership says the U.S. Army Corps of Engineers' negative record of decision for Pebble is contrary to law, unprecedented in Alaska, and inconsistent with the agency's previous final environmental impact statement for the proposed copper-gold-molybdenum-silver-rhenium mine.

"The FEIS found that the project can be developed without damage to the Bristol Bay fishery, a finding t...