Graphite One advances US supply vision 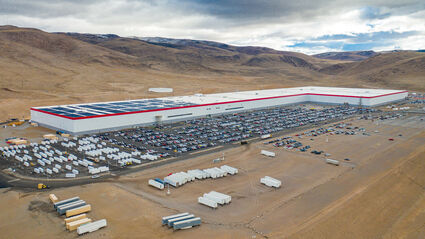 After raising C$10 million earlier this year, Graphite One Inc. is collecting the final bits of data needed for a prefeasibility study that details the company's vision to establish a United States supply chain for the coated spherical graphite used as an anode material in the lithium-ion batteries that power electric vehicles and store intermittent renewable energy.

The first segment of this supply chain is the world-class Graphite Creek mine project about 35 miles north of Nome, the famed gold mining town in western Alaska.

As large as these resources outlined with drilling are, they only represent a small fraction of the thick lenses of graphite surfacing along an 11-mile-long stretch of the Kigluaik Mountains running across the Graphite Creek property.

The second and perhaps most important segment of the Graphite One supply chain is a processing facility capable of upgrading Graphite Creek concentrates into the anode material that goes into lithium-ion batteries and other industrial graphite products.

A 2017 preliminary economic assessment that offered a first glimpse of what this supply chain might look like investigated the economic and engineering parameters of a mine at Graphite Creek that would produce roughly 60,000 metric tons of 95% graphite concentrate per year and a processing facility to upgrade these annual concentrates into 41,850 metric tons of the coated spherical graphite and 13,500 metric tons of purified graphite powders annually.

A PFS slated for completion by the end of this year will provide a more detailed and definitive look at this potential North American supply of the graphite demanded by a transition to e-mobility plugged into power grids increasingly energized by renewable electricity.

"While the 2017 preliminary economic analysis indicated excellent economics, we are very excited about the potential for the PFS to show a clear path for further development," said Graphite One President and CEO Anthony Huston.

Much of Graphite One's 2021 fieldwork will focus on collecting the data needed for designing and permitting a mine at the Graphite Creek project in Alaska.

A program scheduled to begin in July is expected to include 3,000 meters of infill drilling to upgrade a portion of the inferred resource to the higher confidence measured and indicated categories, as well as prepare to elevate these world-class resources to reserves with the completion of the PFS before the end of the year.

In preparation for this PFS and a feasibility study to follow, this summer's field work will also include geotechnical drilling at the proposed open-pit mine and supporting infrastructure sites, as well as engineering and environmental baseline studies.

"The 2021 drilling program will provide the additional information required to continue advancing the design and engineering for the proposed mine, the flotation process facility, the secondary treatment plant for producing coated spherical graphite and other graphite products, and all associated infrastructure," said Stan Foo, chief operating officer of Graphite One (Alaska), a subsidiary developing Graphite Creek. "These investigations will allow Graphite One to firm up our understanding of the project as we unlock the full value of this unique large-flake graphite deposit."

The company is seeking to unlock Graphite Creek's value at a time when the global transition to electric vehicles and renewable energy is demanding massive quantities of the graphite that is found in abundance at the western Alaska project.

The World Bank forecasts that low-carbon energy technologies, primarily lithium-ion batteries, will require 4.5 million metric tons of graphite per year by 2050, which is nearly a 500% increase over 2018 levels and a 310% increase over the total graphite mined worldwide during 2020.

And there are currently no domestic graphite mines to help supply the United States' share of this skyrocketing demand.

"With the growing demand for graphite in electric vehicle batteries and other energy storage applications – and recent actions by the Biden administration to secure U.S. supply chains for critical minerals – we see Graphite One's aim to produce a U.S.-based supply chain solution becoming increasingly significant as a new potential source of advanced graphite products for decades to come," said Huston.

Arguably the most important segment of the supply chain Graphite One hopes to establish is the processing plant that upgrades graphite concentrates into advanced products.

This is especially true for coated spherical graphite, which serves as the primary anode material in most EV lithium-ion batteries. 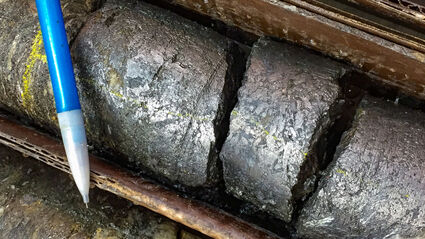 Graphite One is finalizing a prefeasibility study that will provide details of its vision to transform the thick zones of quality graphite at its Alaska project into the anode material needed by North American lithium-ion battery manufacturers.

According to Benchmark's most recent data, 12 battery megafactories are being developed or are planned to be built in the U.S. This list includes Tesla's Texas Terafactory, a massive facility that is expected to have an annual battery production topping 1 terawatt-hours, or 1,000 gigawatt-hours, when fully built out. At current battery chemistries, this single plant would need more than 1 million metric tons of graphite anode material per year.

Nearly all the coated spherical graphite is currently produced in China.

Looking to fill a portion of U.S. need for this lithium-ion battery anode material with its advanced graphite processing facility, Graphite One recently hired Zhengli (Andrew) Tan as director of graphite products manufacturing. In this role, Tan will focus on the company's plans to manufacture high-grade coated spherical graphite and other value-added products.

While the planned Graphite One processing facility that Tan is helping to design may not churn out enough graphite for a terafactory, it certainly could supply enough coated spherical graphite to move the U.S. away from nearly 100% dependence on others for this critical ingredient to realizing government and automaker aspirations to transition to e-mobility powered by renewable energy.