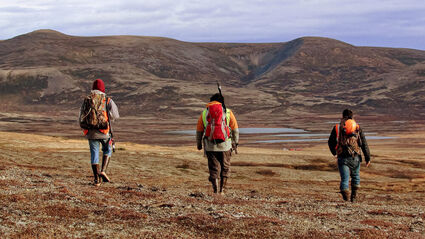 The Pebble Mine project advanced to the final step of the permitting process would produce 320 million pounds of copper; 363,000 ounces of gold; 15 million pounds of molybdenum; 1.8 million oz of silver; and 12,000 kilograms of rhenium annually over the first 20 years of mining, according to the results of a new preliminary economic assessment published by Northern Dynasty Minerals Ltd. on Sept. 9.

In addition to the proposed 20-year-mine submitted for permitting, the PEA considers the economics of alternatives that could extend mining at the world-class deposit in Southwest Alaska out to around 100 years and the potential for secondary recovery later in the life of the mine.

"The 2021 PEA forecasts robust economics for the proposed project and also future potential developments," said Northern Dynasty Minerals President and CEO Ron Thiessen. "It is a project that can be designed, built and operated with industry-leading environmental safeguards while generating significant financial returns over multiple decades."

At a processing rate of 180,000 tons per day, the initial 20-year mine considered in the PEA is forecast to generate a post-tax internal rate of return of 15.8% and a net present value (7% discount) of US$2.3 billion.

At today's metal prices, the IRR for this operation would be 23.8%, and the NPV would more than double to US$4.8 billion.

This operation is projected to pay back the initial US$6 billion to build the mine, which includes $1.7 billion in estimated costs for transportation infrastructure and power supply, in 4.8 years.

The three expansion scenarios considered in the PEA would extend the life of the Pebble Mine out to 90, 91, or 101 years.

The first such scenario would expand the Pebble process plant from 180,000 to 250,000 tpd following the first 20 years of mining. The second and third evaluated scenarios would expand the plant to 270,000 tpd in years 10 and five of the proposed initial 20-year mine, respectively.

The PEA also considers the option of establishing a secondary gold recovery circuit at the project in year-five. The current mine plan only considers capturing gold in the concentrates and in a gravity circuit.

Each of the three expansion alternatives process the same amount of ore – 8.6 billion metric tons. Under all three alternatives, the mine would produce 60.4 billion lb of copper, 65 million oz gold, 289 million oz silver, 2.9 billion lb molybdenum, and 2 million kilograms of rhenium over around a century of mining.

"The significant metal production forecasts and robust financial estimates we're releasing today clearly suggest that Pebble is potentially more than just one of the greatest accumulations of copper and other strategic metals ever discovered on American soil," said Thiessen. "It's also a mineral resource that has the potential to sustain an environmentally sound and financially rewarding mining operation in the near-term, and become one of America's most important metals producers for decades to come."

In terms of economics, the best performing operation is the 90-year alternative, which considers increasing production to 270,000 tpd and adding a gold recovery circuit in year-five.

Under the proposed 20-year mine scenario, the Pebble Mine would pay an estimated US$1.74 billion in fees, royalties, and taxes to the state of Alaska; US$490 million in taxes to the Lake & Peninsula Borough; and US$1.4 billion in federal taxes.

"Pebble has the potential to become an economic engine for Southwest Alaska, a region that is currently one of the most economically challenged in all of the U.S.," said Thiessen. "The ability of Pebble to produce copper at a low cash-cost, and generate many millions in annual taxes and other government revenues in Alaska, while setting aside appropriate closure funding, could propel this region of Alaska into prosperity and opportunity."

In addition to these financial benefits, the operation will distribute a percentage of the revenue generated from the proposed Pebble Mine to year-round residents of Bristol Bay that enroll for the Pebble Performance Fund.

Once fully operational and profitable, Pebble Performance Dividend will distribute 3% of the net profits from the mine to registered Bristol Bay residents.

As the first several years of development will not yield profits, Pebble Partnership will contribute US$3 million annually for distribution to all registered participants. Thus, if 3,000 residents register, the dividend will distribute US$1,000 to qualified participants once construction begins.

"Incorporating the Pebble Performance Fund into the development options will ensure that residents of the region participate directly in the economic outcomes of Pebble development and operations," said Thiessen. 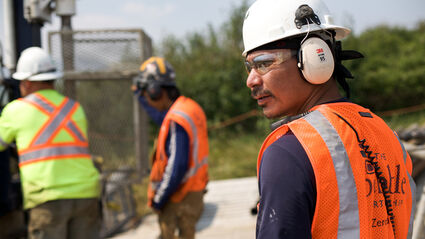 In addition to taxes and fees paid to governments, the Pebble Mine has the potential to provide good-paying jobs in the Bristol Bay region of Southwest Alaska for at least a century.

After nearly three years of permitting under the National Environmental Policy Act, the U.S. Army Corps of Engineers denied federal permits needed to develop the 20-year mine considered in the current PEA. This negative record of decision seemed to be in conflict with an earlier final environmental impact statement by the lead agency for Pebble permitting that found a mine can be developed at the world-class deposit without damage to the Bristol Bay fishery while also making significant contributions to the economy of the region, as well as the state as a whole.

Citing inconsistencies in the Army Corps' findings and unprecedented mitigation requirements, Pebble Partnership has appealed the Army Corps' decision to deny the Clean Water Act Section 404 permit for the proposed Pebble Mine.

"In order to achieve its vision for global leadership in transitioning to a low-carbon future, the U.S. simply must develop its own domestic sources of copper and other critical metals," the Northern Dynasty CEO added. "In doing so, it should also demonstrate to the rest of the world what environmentally sound and socially responsible mining looks like. That's precisely what we've undertaken to do at Pebble, and through the project designs evaluated in this PEA."