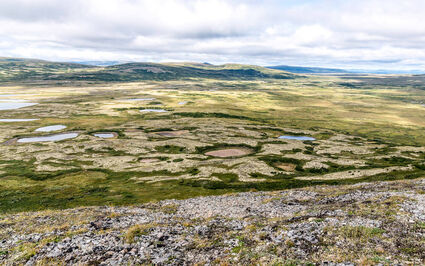 Section 404(c) by the Environmental Protection Agency would restrict the use of certain waters in the Bristol Bay watershed for disposal of dredged or fill material at Pebble.

In an announcement with language indicative of a predetermined decision, the U.S. Environmental Protection Agency Nov. 17 announced it has set a timeframe for considering new information available to determine the next steps in the Bristol Bay Clean Water Act Section 404(c) process for the Pebble copper mine project in Southwest Alaska.

The agency says a finalized CWA 404(c) determination will help protect waters over the long term that are essential to commercial, subsistence, and recreational fisheries, as well as other activities that support Alaska Natives and communities in the state.

"The Bristol Bay Watershed supports the largest sockeye salmon fishery in the world and highlights the essential benefits that clean water provides to the environment and to communities across the country," said EPA Region 10 Acting Regional Administrator Michelle Pirzadeh. "Today's announcement underscores EPA's commitment to making science-based decisions to protect our natural environment, prevent pollution, and protect a sustainable future for all Americans."

On Oct. 29, 2021, the Alaska District court ruled in favor of EPA's request to remand and vacate the agency's August 2019 withdrawal of its 2014 Bristol Bay Proposed Determination issued under CWA Section 404(c).

This ruling reinstates the proposed predetermination and the CWA Section 404(c) process, which could result in the EPA instating onerous restrictions on development in the Bristol Bay watershed where Pebble is located, and trigger regulatory deadlines.

CWA 404(c) regulations require EPA to either withdraw the determination or prepare a recommended determination "within 30 days after the conclusion of the public hearing." Upon a showing of "good cause," EPA can extend the regulatory deadline through a notice in the Federal Register.

EPA's Federal Register notice extends this timeline until May 31, 2022. The federal agency says this extension will allow it time to consider the substantial volume of new information that has become available since the agency issued the original determination in 2014, as well as define appropriate next steps in the 404(c) process.

EPA will provide notice of any public review and comment opportunity that may be determined to be appropriate as part of next steps in this process.

Shortly after the EPA's request in September, Northern Dynasty Minerals Ltd. filed a motion to the court to set a schedule to decide to either withdraw or finalize the 2014 proposed determination.

As for EPA's proposal, according to the original filing in 2014, "Region 10 is taking this step because of the high ecological and economic value of the Bristol Bay watershed and the assessed unacceptable environmental effects that would result from such mining."

"Based on the findings of the Final EIS, we already know Pebble can operate safely and reliably, while fully protecting the water, fish and wildlife resources of Bristol Bay," said Theissen.