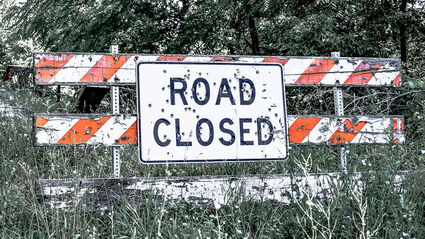 BLM's right-of-way suspension across federal land put up a legal roadblock to an area of Alaska that could provide a domestic source of copper, zinc, and other critical minerals.

The U.S. Bureau of Land Management is leveraging its control over federal land along the Dalton Highway corridor to throw up a roadblock on the proposed industrial access to Alaska's Ambler Mining District.

On March 11, BLM notified the Alaska Industrial Development and Export Authority that it has suspended a previously issued 50-year right-of-way that covers 25 miles of the proposed 211-mile road connecting the Ambler District to Alaska's highway system.

Despite the receipt of more than 36,000 public comments, 50 letters sent to federally recognized tribes, 30 public hearings, and 30 consultation meetings over a seven-year federal permitting process that began under the Obama administration, the Department of Interior under the Biden administration determined that the BLM did not appropriately evaluate the effects the proposed Ambler Road might have on subsistence uses and did not adequately consult with tribes prior to issuing the right-of-way.

Responding to the news, Alaska Gov. Mike Dunleavy said, "This suspension is another hasty move on the part of the Biden administration."

A move that isolates a rich domestic supply of the copper, zinc, cobalt, and other minerals critical to the administration's renewable energy, electric vehicle, and infrastructure initiatives.

The Upper Kobuk Mineral Projects, a 448,217-acre land package made up primarily of Alaska Native and state lands at the western terminus of the proposed road, hosts roughly 8.9 billion lb of copper, 3.6 billion lb of zinc, 626 million lb of lead, 88 million lb of cobalt, 770,000 ounces of gold, and 58.3 million oz of silver in the indicated and inferred resource categories.

"The Biden administration blocks the development of a road to a mining district with the cobalt for the lithium batteries and the copper for the wires for charging stations," Dunleavy said.

These metals are found in high-grade deposits, which minimizes the mining footprint, that also hosts other critical technology metals that could be recovered as byproducts.

"By suspending the right-of-way for the Ambler Road project, the Biden administration ignores the gallium and germanium there that will be needed for the solar panels, smartphones, and computer chips of tomorrow," the Alaska governor added.

The richness and importance of the Ambler Mining District has been recognized by U.S. policymakers for more than 40 years.

In fact, Congress included special provisions in the 1980 Alaska National Interest Lands Conservation Act (ANILCA) meant to guarantee that the surface access needed to transport metal-rich concentrates from the Ambler District to world markets would be approved.

Section 201 (4) of ANILCA reads, "Congress finds that there is a need for access for surface transportation purposes across the Western (Kobuk River) unit of the Gates of the Arctic National Preserve (from the Ambler Mining District to the Alaska Pipeline Haul Road) and the Secretary shall permit such access in accordance with the provisions of this subsection."

The Biden administration has not challenged the 26 miles of access through Gates of the Arctic. Instead, the right-of-way on BLM lands along the Dalton Highway at the eastern end of the proposed road was suspended.

AIDEA says this withdrawal of previously granted access "is continuing to sow confusion" over a road that crosses roughly 128 miles of state lands, 32 miles of Alaska Native lands, and 51 miles of federal lands.

"The federal government does not have jurisdiction on state and private lands within the state of Alaska," said AIDEA Chair Dana Pruhs.

Considering the BLM manages a corridor along the Dalton Highway, however, there is no way of connecting the Ambler District to Alaska's contiguous road system without a right-of-way from the federal land manager.

The decision to suspend right-of-way on federal lands outside of Gates of the Arctic may provide BLM a case if AIDEA or others decide to advance a legal challenge based on ANILCA.

Outside of court, AIDEA – established in 1967 to develop and advance the prosperity and economic welfare of Alaskans – argues that providing access to Ambler is in the best interests of Alaska and the nation.

With road access, mines developed in the Ambler District are anticipated to create more than 3,900 direct, indirect, and induced jobs; generate more than $300 million in annual wages; and provide significant new revenues for both local and state governments. 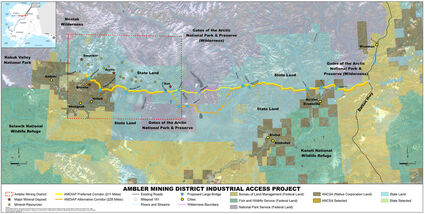 In addition to benefits for the state and Northwest Alaska Native communities, AIDEA points out that the current global geopolitical events showcase the need for America's energy and natural resource independence.

"Suspending our right-of-way is a major setback for Alaska and the nation in accessing domestic and reliable supplies of the critical and strategic minerals so essential to our nation's transition to clean and advanced technologies," said AIDEA CEO Alan Weitzner. "The more our federal government prevents access to these minerals in Alaska, the more we remain reliant on supply chains from sanctioned nations."

AIDEA says the right-of-way suspension notice it received from BLM does not identify any specific deficiencies or corrective action plan, which leaves the development authority at a federal roadblock without any indications of what needs to be done or how long it will take to gain access to the Ambler District.

This is what you get when you mail-order your president: a radical environmental terrorist heading the BLM and a myopic, career activist as her boss, neither of whom are remotely qualified for their positions. Thanks Lisa!