End of the road for critical minerals 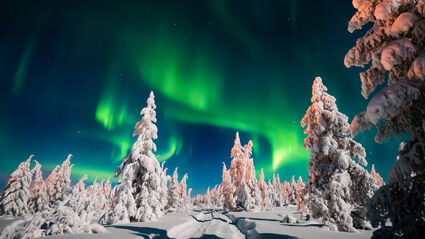 Alaska and Canada's North is a vast area rich in critical minerals but has limited infrastructure to deliver this incredible wealth to markets demanding increasing supplies of minerals essential to low-carbon and digital technologies.

Has the discovery and development of the mines essential to meeting the massive demand for battery metals, copper, rare earths, and other critical minerals reached the end of the road? Not a metaphorical end where the visions of electric vehicles charged with sunshine are dashed – halting the demand for green energy and technology metals. Instead, I am speaking to pioneering critical mineral supply chains beyond the literal end of the limited highways extending into Alaska and Canada's North.

Whether you refer to the critical mineral lists published by the U.S., Canada, European Union, or Japan, the North of 60 Mining News area is incredibly enriched in the minerals and metals the world wants and needs. In fact, it is exceedingly easier to list the Critical Minerals Alaska, Northern BC, Yukon, Northwest Territories, and Nunavut are not prospective for than for those they are.

Aluminum – that's the only critical metal that has not been found in economically intriguing quantities Alaska and Canada's North.

Otherwise, this enormous, remote, and vastly underexplored northern frontier is a trove of virtually every other critical, strategic, technological, industrial, base, and precious metal on the periodic table of elements.

From zinc and germanium recovered at the Red Dog Mine in Alaska, to copper from the Red Chris Mine in British Columbia's Golden Triangle and rare earth elements being shipped from the Nechalacho Mine in Northwest Territories, North of 60 mining jurisdictions are already feeding critical minerals and metals into North America's supply chains.

And at a time where BMW, Ford, General Motors, Stellantis, Volkswagen, Tesla, and Twitter executives are cutting deals directly with mining and mineral exploration companies to secure future supplies of the materials needed to build the e-mobility future, it is hard to ignore the rich abundance of critical minerals found in North America's northmost reaches.

For Alaska, Northern BC, Yukon, Northwest Territories, and Nunavut, the transition to more mineral intensive clean transportation, energy, and digital technologies provides a once-in-a-century opportunity to develop a new economic foundation based on future-leaning minerals and metals – advancing the front end of supply chains deeper into the North during the process.

From the early stages of modern exploration at the Nagvaak cobalt-copper-gold-molybdenum-platinum group metals-silver-vanadium-zinc project in Nunavut to advancing toward development of a mine at the world-class Graphite Creek deposit in western Alaska and building a road toward the Nico cobalt-bismuth-copper-gold mine project in Northwest Territories, a figurative and literal critical minerals trail was blazed into the North of 60 Mining area during 2022 and further inroads into realizing the critical minerals potential of this vast and underexplored region is expected to gain momentum in 2023.

Mining Explorers is part of the Data Mine North family of publications that includes North of 60 Mining News, Metal Tech News, and magazines that provide deep insights into mining across the North, North American critical minerals, and emerging mining technologies.