Cheechakos keep coming into the country 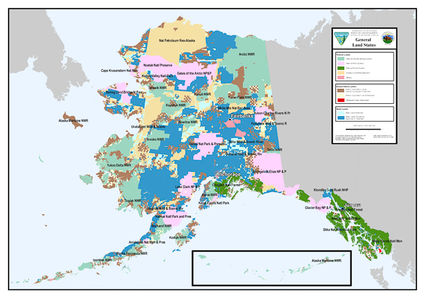 Undoubtedly, one of the most fun parts of my vocation is introducing Cheechakos to mining in Alaska. Obviously, even the most experienced miners in the state can, and often do, get cross-wise with the impenetrable rules and regulations of which Alaska seems to boast. For these newcomers to Alaska, the risk of failure for political reasons far exceeds the risks of failing to find gold and other valuable minerals.

The very first layer of complexity is the land status. As most Alaskans know, land status issues can bite you at every turn. Is the land one wants to mine controlled by the federal government, or by the state, or a Native corporation, or possibly a private citizen?

If it is owned by the feds, is it open to mineral entry as is much of the land overseen by the Bureau of Land Management and National Forest Service, or are miners totally unwelcome, as tends to be the case with Park Service and Fish and Wildlife Service.

With Native-owned land, there is the issue of split estates, because generally the regional corporations control the mineral rights, but village corporations may control the surface rights. There is also the question of Native allotments, which have their own set of rules.

Occasionally, one can run into private land, i.e., land that was patented to an individual or group of individuals, often before statehood.

Virtually all of the land in Alaska was owned by the United States after the purchase of 1867. The United States began distributing these holdings piecemeal almost immediately, and that distribution continues to this day. For the most part, conveyances were made on application by entities that had identified some specific value of the parcel in question, either due to its proximity to a resource or for the resources in the ground.

Over time, various laws such as the Statehood Act, the Alaska Native Claims Settlement Act and the Alaska National Interest Lands Conservation Act provided for the distribution (or protection from distribution) of virtually all of the public lands in the State resulting in the crazy-quilt pattern that Cheechakos have to navigate.

Interestingly, mineral values do not often track political boundaries; therefore, if a mineral trend crosses into a restrictive land classification, the ability to follow the value is circumscribed by the competing values of the land.

Confusing land-ownership patterns are not unique to Alaska, of course; however, it is a jumping off point for the next layer of political hurdles. If a would-be miner is able to find a minable target and is able to parse the land status effectively, the next real question is whether he (or she) can get permission to mine from the controlling entities.

In this context, the role of government assumes a new face – at once both proprietor and regulator - and a whole panoply of considerations come to the table. Environmental regulations addressing everything from water to air to noise to reclamation must be satisfied. Each regulation has its own batch of scrutineers who must be satisfied that their criteria can and will be met. Health and safety considerations must be assuaged. The public interest must be served, and that test can only be completed sometimes by affording the national public an opportunity to weigh in on the issue.

After all is said and done, there remain the non-governmental organizations who insist on being heard. Their viewpoint can be best described as recognition that proprietorship and regulatory oversight do not answer all the questions. For them the underlying issue is, do we want the proposed project? Will earth moving equipment here impact habitat way, way, way over there? Will authorized surface disturbance ruin my favorite viewshed for all time? What is the big picture and how can it best be blurred?

The mishmash of factors, independent of the vast wealth that can be found beneath the surface of Alaska, results in it being very difficult for anyone to make money mining here. The few who do are vastly outnumbered by the multitude who break their pick proving the adage that the best way to make money in the mining industry is to be as far away from a mine as possible.

When people come to me, as they often do, for counsel in getting started with a mining project, I always pose two threshold questions: First, do you have any Alaska experience? Second, do you have any mining experience? If the answer to either question is "No", I tell them that they really do not want to go mining in Alaska, and I explain that they will have much more fun, at much less expense, if they go and stand in a cold shower for an hour and tear up hundred dollar bills as fast as possible.

After they chuckle at my little joke and assure me that it is going to be different this time, they proceed into the morass, sometimes never to be heard from again.

I have a rough job, but I guess someone has to do it.