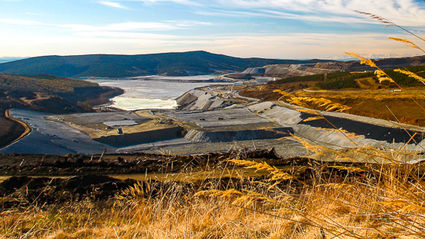 2018 is a milestone year for Kinross Gold Corp. – 25 years as a growing force in the global gold mining sector. Over its first quarter-century, Kinross has grown exponentially, from producing 83,000 ounces of gold with 1.6 million oz of reserves in 1993 to a major expected to produce 2.5 million gold-equivalent-oz from 25.9 million oz of gold reserves in 2018.

This dramatic expansion is largely due to Kinross' two-pronged exploration strategy – focusing its own efforts on high-quality brownfield assets surrounding existing operations and nabbing footholds in promising greenfield opportunities through partnerships with high-quality junior exploration companies.

The Fort Knox Mine in Interior Alaska is an example of the gold miner's brownfield success. In its 22nd year of operation, this open-pit mine a few miles north of Fairbanks is now 14 years past the original mine plan and still has enough gold in reserves to last until 2030.

The 12 years of remaining reserves is primarily due to the 2018 addition of Gilmore, an expansion project immediately west of the open-pit currently being mined, to the Fort Knox mine plan.

This initial phase of expansion into the Gilmore project area is expected to extend mining at Fort Knox to 2027 and gold recovery from heap leaching to 2030.

"We are pleased to proceed with the initial Fort Knox Gilmore project, a low-risk, low-cost brownfield expansion that is expected to extend mine life to 2030 at one of our top performing operations and contribute 1.5 million gold-equivalent ounces to strengthen our long-term U.S. production profile," said Kinross President and CEO J. Paul Rollinson.

And Kinross seems confident that further expansion into Gilmore and development of other areas across the greater Fort Knox property will further extend this important asset.

To pursue these brownfield opportunities, the company continues exploration across the Fort Knox property. This includes testing expansions around the existing open-pit, which remains open to the west, south and east. Kinross said the first few holes drilled this year at the East Wall extension of the open-pit have returned encouraging results and drilling there is ongoing.

Looking further into its second 25 years of gold production, Kinross holds interests in greenfield projects in Alaska and Yukon Territory.

In Alaska, Kinross has partnered with Millrock Resources on Liberty Bell, a gold project about 70 miles southeast of Fairbanks that is prospective for skarn gold deposits like those identified at the Tetlin gold project in eastern Alaska and potentially porphyry copper-gold deposits.

In Yukon, the company owns a 19.9 percent interest in White Gold Corp., a company led by Shawn Ryan, that owns nearly 1 million acres of gold prospective lands in Yukon's famed White Gold District. Kinross also owns a 7.2 percent stake in Victoria Gold, a company developing an open-pit mine at its Eagle Gold project in the Canadian territory.