A glimmer of hope for the Arctic ... humanity

Novus Aurora Borealis was on full display at Arctic Encounter North of 60 Mining News – May 3, 2019 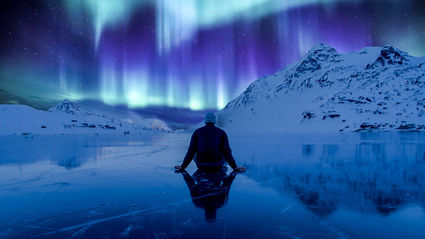 Aurora Borealis, which translates to dawn of the north, is a celestial phenomenon that draws people from all over the world to the Arctic during the winter months.

As the publisher of a mining newspaper that covers the North, I had two objectives for the Arctic Encounter Symposium – to cover the views of where mining fits into the Arctic and make new connections outside my normal circle of influence. I left the two-day gathering in Seattle with something much more valuable – a glimmer of hope for the Arctic and humanity.

Born in the Land of the Midnight Sun and raised under the Northern Lights, I grew up believing that the Arctic (or in my case 60 miles subarctic) is a land of adventure, hope and untapped possibilities. A frontier where all the lessons mankind has learned over the millennia could be applied to shape the future at the northern reaches of human expansion.

With age, however, these visions of grandeur faded like the final wisps of the Aurora Borealis on a cold Arctic night. Not because I lost hope in the frontier spirit that is a hallmark of Arctic people – the resilience, ingenuity and intuitiveness of northerners is still on full display – but because I had become convinced that the clouds of a polarized humanity would forever obscure the dancing lights of my youth.

During my two days at Arctic Encounter, however, the clouds of discord parted to reveal the Aurora Borealis (literally, dawn of the north).

Organized by millennials that carry forward my vision of the Arctic, and attended by the Indigenous peoples that have lived in the North for thousands of years before I was born there; policymakers championing the Arctic in capitals across the North; conservationist and scientists tackling the challenges of a rapidly changing boreal region, and industrial leaders looking North to the rich natural resources bestowed there.

A recipe for conflict, this diverse group of individuals were united in an understanding that the answer to tackling the toughest Arctic challenges and making the most of the North's rich opportunities does not lie within one ideology but will ultimately be a collaborative effort of the peoples represented at this year's Arctic Encounter.

This mutual respect could even be witnessed in topics as controversial as developing the rich petroleum resources in Alaska's Arctic National Wildlife Refuge (ANWR).

Alaska Sen. Lisa Murkowski has championed legislation to allow development of a subsection (1002 area) of ANWR left open for that purpose.

Dana Tizya-Tramm, chief of the Vuntut Gwitchin First Nation just across the border in the Yukon, on the other hand, does not want to see any development in this area that includes calving grounds of the Porcupine caribou herd, an important traditional resource for his people.

While these two individuals come down on opposite sides of ANWR, they are united in a vision for a better Arctic and mutual respect.

This depolarization of the issues important to the northern polar region comes at a time when humankind is looking North.

"The territories that we have all been brought up with, looked at as a remote and isolated peripheral part of the world, has become a core of the new geopolitical realities of the 21st Century," Ólafur Ragnar Grímsson, president of Iceland from 1996 to 2016 and current chairman of the Arctic Circle Assembly, said. 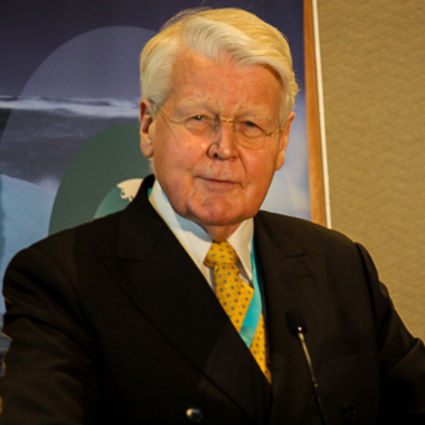 President Grímsson closed out his keynote address with this poignant thought, "We are now living in an extraordinary global transformation of the Arctic and we will be tested in the way we deal with those challenges."

Thanks to a group of forward thinking millennials who organize the annual Arctic Encounter Symposium – together with the presidents, chiefs, premiers, senators, congressmen, ambassadors, scientists, artists, astronauts, business leaders, mothers, fathers and others that came together for two days to share their visions and hopes for the Arctic – my confidence that we are up to the test is renewed.

This group of fellow Arcticlanders parted the clouds of polarization to reveal visions of Novus Aurora Borealis, or a new northern dawn.

May the sense of community and cooperation embraced by those that live under the Northern Lights be shared by the global stage looking North for a glimmer of hope for the Arctic.