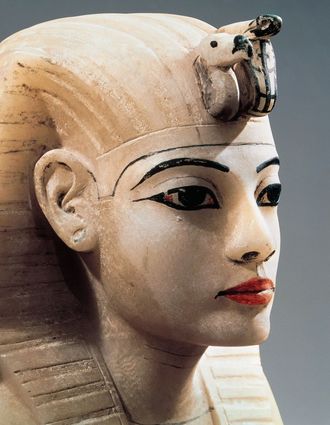 Antimony is a poor conductor of heat, an attribute that lends itself to this semi-metal's most common use, as an ingredient to make clothing, mattresses and other products flame resistant.

While making work clothes and household items safer and less likely to catch fire is a relatively new use for antimony, humans have been using antimony for other purposes for more than 5,000 years.

"For example, the ancient Egyptians and early Hindus used stibnite, which is the major ore mineral for antimony, to produce black eye makeup as early as about 3100 B.C.," the United States Geological Survey wrote in an 852-page report on critical minerals.

"Today, antimony is used in lead-acid storage batteries for backup power and transportation; in chemicals, ceramics, and glass; in flame-retardant materials; and in heat stabilizers and plastics," the federal agency continued.

These uses are vital across a wide array of American industries, including the defense and energy sectors.

While recycling and imported concentrates supplies roughly 15 percent of this demand, the United States is completely import-reliant for its new antimony metal supply.

Approximately 58 percent of this antimony metal the U.S. imports comes from China. Most of the balance comes from India, Vietnam and United Kingdom.

Alaska provided America with a domestic supply of stibnite during both World Wars and has the potential to be a future supply of this semi-metal critical to the economic welfare and security of the United States.

It is estimated that more than a third of the antimony consumed globally is for some form of flame-retardant.

When combined with a halogen – such as fluorine, chlorine, bromine or iodine – antimony trioxide suppresses the spread of flames. In addition to safety clothing, tents, toys, aircraft, and automobile seat covers are among the products imbued with antimony trioxide's life-saving flame resistance.

"During World War II, the fireproofing compound antimony trichloride saved the lives of many American troops when it was applied to tents and vehicle covers," the USGS penned in its 2017 critical minerals report.

When added to lead, antimony imparts increased hardness and mechanical strength into an alloy known as antimonial lead.

A liquid-metal rechargeable battery developed at the Massachusetts Institute of Technology in Cambridge contains healthy amounts of antimony.

This battery, also known as a molten-metal battery, uses an alloy of lead and antimony as the anode (positive electrode); liquid lithium the cathode (negative electrode); with a lithium salt electrolyte in between. All of these liquids are stored in a single tank without the need for dividers because, like oil and water, they have different densities and do not mix.

Such large batteries need to be inexpensive and durable. MIT believes the molten-metal battery may be the answer.

Given the fairly straightforward design – basically a large container holding three liquids that do not need membranes or other separators – that is expected to be able to supply years without degradation, this new battery concept is expected to deliver dependable power with very little maintenance.

Adding in the size, this could be the answer to delivering renewable electricity when the sun is not shining or the wind is not blowing, a key to making green energy practical on a grander scale.

"It has long been known that stibnite, the sulphide of antimony and the principal source of that metal, is widely distributed in Alaska," Alfred Brooks penned in a 1917 report, Antimony deposits of Alaska.

Brooks' early 20th Century investigation identified 67 stibnite occurrences in Alaska, most of which are found in areas also rich in gold – Nome, Fairbanks and Iditarod.

While roughly 100 tons of ore from mining shipped from Sliscovich in 1914 and 1915 contained about 35 percent antimony, the value of the gold and silver in this ore outweighed the critical mineral.

In fact, while the World War 1-era mines near Nome were shipping out antimony, larger loads of higher grade concentrates were sent from mines around the Interior Alaska city.

"In 1915 antimony ore was mined on four properties in the Fairbanks district at the Scrafford, in Treasure Creek basin; the Stibnite, in Eva Creek basin; the Gilmer, in Vault Creek basin; and at Chatham Creek mine," Brooks wrote. "All the operations were on a small scale and consisted chiefly of open cuts. The total shipments of stibnite from the district during 1915 were 685 tons, which probably averaged 58 percent antimony."

Scrafford, the most prolific of these Fairbanks area stibnite mines, has been estimated to produce 2,700 tons of ore containing greater than 50 percent stibnite over the years.

"The Scrafford antimony deposit is affiliated with an east-west, south-dipping shear zone of the same name that can be followed for at least six miles (10 kilometers)," Barker, who is now the project manager for Treasure Creek Partnership, told Mining News.

"We are now exploring the underlying gold potential and hope to find a partner to continue drill exploration," he added. 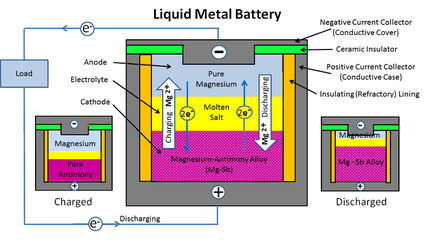 The Tok Antimony, also known as Stibnite Creek, deposit was first mined in 1914 and was set to ship ore during World War II. The stockpiles mined from an open-pit there, however, were washed away by the river and never made it to market.

While this exploration work did not turn up the world-class gold deposits the Aussie companies were seeking, this area still hosts the antimony deposits that drew miners here in the first place.