In this time of national emergency, attention needs to be paid to expediting approvals for post-pandemic recovery sectors 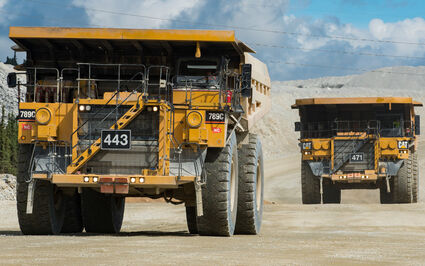 Since statehood at least and, to a certain extent, since the earliest territorial days, Alaska has depended on the development of its resources for its prosperity. Fishing and mining were among the earliest major industries to evolve. As the abandoned millsites and canneries around the state will attest, those industries have waxed and waned cyclically.

Oil and gas development also made a major impact on the State and undoubtedly will continue to do so well into the future; but clearly not at the same rate as it did over the past quarter century.

Tourism, a recent "flash in the pan", may never recover, at least as far as Alaska is concerned, from the nouveau corona virus pandemic.

But fishing and mining will survive. The Seattle fishing fleet is on its way to Alaska. Despite concerns about the availability of seasonal labor and the strength of the run this year, the fishing industry will endure, just as the mining industry will.

Clearly, both industries will have to deal with quarantines and social distancing; however, both industries are characterized by a common feature. The work is often in remote areas and the social contact is limited to finite groups. The latter quality being the more relevant. If no one in a group is infectious, no one in that group will become infected.

Nationally, we hear news reports about the significant unemployment associated with the requirement for sheltering in place. Certain sectors of the economy, such as health care workers, are critical to the survival of the nation; but also included in that group are the producers and distributors of the goods and services upon which our 21st Century lifestyle are based.

Many of the workers in the distribution chain are among the lowest-paid earners in the country and, accordingly, are dependent upon their ability to work. Yet the nature of their occupations also puts them at a higher risk of contagion. Likewise, if their occupations are not critical to the distribution chain, they may be at risk for extended unemployment.

A conundrum posed by these facts is whether these unemployed cannot be engaged in the post-pandemic recovery industries such as fishing and mining.

Seasonal workers for the fishing industry appear to be in short supply. Mining jobs in Alaska may reasonably be expected to increase if given the opportunity. Arbitrary barriers to bringing people to Alaska to work in these basic traditional industries need to be evaluated and refined.

Mining is an industry that is and has long been poised to blossom once again in the State. As our Governor has announced, Alaska is open for business. Mining projects throughout the State could be put on a fast track for development and production if afforded the necessary support. And that would mean jobs.

Putting people to work, however, is not the only State or national priority. Productive mines also generate significant revenue to the State, through claim rent, mining license taxes, production royalties and, to both levels of government, through corporate income taxes.

To the extent that streamlining regulatory requirements for the approval of permits required to mine in Alaska could be achieved, the associated benefits to the State and nation seem indisputable.

Streamlining, of course, cannot compromise the health and safety of mine workers, and it cannot compromise environmental protections. What we can also do is require State personnel to be committed to finding the most efficient way to get permits approved. In a word, the mandate to the bureaucracy should be to find the shortest distance to "yes".

Permit applications ought to be harmonized. The same questions need not be posed by different agencies without regard to the fact that the questions have already been asked and answered. Project advocates within each agency ought to have ombudsman authority to investigate and even overrule intransigent delays in processing permits. Public participation ought to be limited to identifying specific curable deficiencies and not as a tool for expensive, pointless delays.

Alaska is open for business, but the door can be flung wider. In this moment of national and State emergency, now is the time to fall back on our traditional industries and put Alaskans and Americans back to work.