For Alaskans, it is a wonderful world

No matter how you feel about the outcome of the 2020 election, now is a really good time to make some lemonade North of 60 Mining News – April 30, 2021 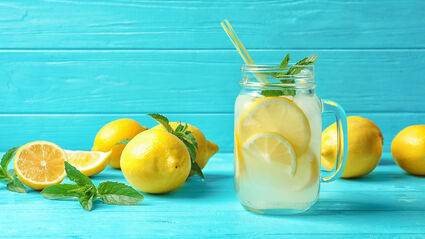 An opportunity for Alaska's mining sector to make lemonade.

I always tend to look at the world through the wrong end of the telescope. For instance, many people regard the so-called political divisions in our country as being a problem, but for me, it is an expression of diversity. To be sure, Congress is divided, allegedly along "party" lines; however, the last time I checked, the Republican "party" is ensconced into two camps, which tend to vote together on most important issues. The Democrat "party" on the other hand consists of 100 camps that also vote in lockstep.

No other free country has a body as powerful as the United States Senate when it comes to reigning in executive power. No other major country has an executive who must turn to representatives of the people at virtually every stop – executive orders to the contrary notwithstanding.

Although it passed with little fanfare, in one sense at least, 2020 was an important birthday for America – the Five Hundredth Anniversary of the landing of the Mayflower at Plymouth. Although there were other "beginnings" of our country, Plymouth is one of the major ones, if only because it inspired its own holiday – Thanksgiving.

Five hundred years is significant because that is how long the Roman Republic existed between its last king and its first emperor.

Other countries, of course, have lasted longer in one form or another but, counting forward from Plymouth, America has pretty much grown straight and tall in a world of tumult and conquest.

Marking the decade is the latest Census Bureau report, which suggests that the United States is growing at almost the smallest rate ever. The age profile of the country is changing; the number of people over 80 is greater than the number of people under two. Texas will gain a seat in the House of Representatives while California and New York will probably each lose one. Americans are migrating slowly south toward red states at the expense of blue states.

Speaking of migration, it seems to me that we are making a mournful error at the southern border, not because we can absorb a huge influx of immigrants from Central America – we probably cannot – but because, if someone is so determined to come to the United States in search of a better life that he or she will walk from Guatemala to Tijuana, I have to think that is an immigrant we need.

Our national tree of prosperity is laden with ripening fruit there for the picking, and thousands are hammering at the door seeking the opportunity to convert our latent wealth into gross domestic product.

The United States is the third most populous nation in the world; however, unlike China or India, we are literally blessed with applicants for entry.

What, you may ask, has all this to do with mining in Alaska. Simply this, our President is, involuntarily, in a caretaker role. He may have two years before he loses both Houses of Congress. He perceives it to be his mission to undo all the "wrongs" that were perpetrated by the last Administration. However, he must have Congressional support to "turn things around". The House is weak and wobbly led by a Woodstock Generation member who can no longer even hope to advance her outdated agenda out the chamber's door. The Senate majority is suspended by a silken thread, dependent upon the Vice President to break inevitable tie votes. The Executive Branch can only staff its senior ranks with the Senate's razor-thin concurrence.

Focusing in on the Senate delegation, Senator Murkowski stands out for (at least) two reasons. She is very senior among Republicans in a place where seniority is important, and she has a track record of crossing the aisle when the justification is apparent.

A case in point is with regard to the appointment of Deb Haaland as Secretary of the Interior. Haaland's portfolio includes, in addition to the Bureau of Land Management, the Fish and Wildlife Service and the National Park Service, the Bureau of Indian Affairs. As a Native American, it may be assumed that she will focus a significant part of her energy on Indian Affairs, because up to this point, the BIA has done an abysmal job in supporting our nation's indigenous community.

Both Senator Murkowski and Senator Sullivan voted to support Haaland's nomination, and by extension, to support Alaska Native issues. Impliedly, however, by establishing common ground between the delegation and the Department of the Interior, there will be room to discuss land management issues as well.

Roughly two-thirds of Alaska is managed by the Department of the Interior's land management agencies, and much of that land is managed in a way that is inconsistent with the best interests of the people of the State. Alaska is blessed with virtually endless mineral resources from rare earths needed for high-end electronics and super magnets to copper needed for wind turbines and electric cars, not to mention silver, gold, lead, zinc and a literal potpourri of other strategic commodities.

Without suggesting that Secretary Haaland will give Alaska a pass on specific issues of importance to Alaska's mining industry, conversation is always the first step toward compromise.

We have a President who is now and probably will always be forced to govern by compromise. We have a senior Senator who has been a leader in opening doors. We have a Secretary of the Interior who may be said to owe her job to Senator Murkowski's support. And we have minerals waiting to be mined.

What a wonderful world!