It is not often wise to set a president

When it comes to the Big picture perhaps a little flexibility is in order for Alaskans that need assistance from Big Government North of 60 Mining News – August 27, 2021 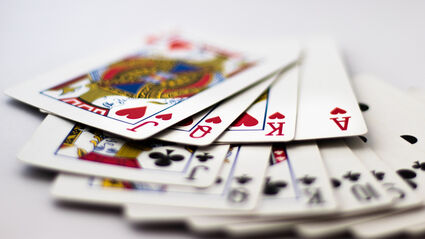 President Eisenhower was considered a brilliant bridge player, a game he played regularly at the White House. Being able to play a sound game of bridge was said to be an unwritten qualification for an officer's appointment to Ike's staff.

Following the model set by other successful generals such as George Washington, Andrew Jackson, Ulysses S. Grant, and Dwight Eisenhower, after having essentially won the War in Europe, went on to become Presidents of the United States. "I like[d] Ike" just as millions of post-war Americans did, but I am not convinced that he was our greatest President.

If the truth be known, he probably had more in common with the likes of President Grant, who tried harder to support the rights of emancipated slaves and their descendants than any other 19th or even 20th century President.

Eisenhower's issue was not humanitarian concerns. He had a fixation with the so-called Military-Industrial Complex. His view was that the private sector had gotten into bed with the Defense Department to such a degree that it was diverting scarce resources from other ostensibly more appropriate concerns.

Ironically, it seems to be a recurring theme, familiar to anyone who reads the popular press, that one sector of the economy or another is always attempting to divert precious public funds from the deserving masses for the explicit purpose of lining their personal pockets.

If it is not Big Banks, it is Big Pharma, or Big Oil, or Big Tech, or Big something.

The political response to Big anything has become Big Government, Big Non-Governmental Organizations, and the Big News Media.

It is said that the difference between a medication and a poison is the dosage. It follows that the Big Cures to today's Big Political Issues sometimes are worse than excesses of the Big Bad Guys.

The Big Government answer to the national Big Infrastructure Problem we have today, for instance, is to throw Big Bucks at it. A mere Trillion Dollars (please don't tell Mr. Biden what comes after a trillion) will not even begin to pay for all the bureaucratic costs that will be thrown in the way of building a new bridge across some sacred river somewhere.

After all, a rivet could fall into the river resulting in a violation of the Clean Water Act, which would engender endless litigation and a split in the Circuit Courts.

We all know that our hardworking bureaucrats are doing their very best to save the world, the environment, the flora and fauna, the homeless, the children, etc. On the other hand, what makes the system work is the Big Dollars that the Big Bad Guys bring to the table for the Big Good Guys to spend doing their Good-Guy things.

Chief among the Big Bad Guys are the miners.

Can you imagine people actually digging a hole in the ground to get gold or silver or, heaven forbid, cobalt out of Mother Earth's mantle? Think of the protozoa! Besides cobalt (somehow) is probably contributing to global warming!

We cringe at the willingness of our politicians, including our senior Senator, to turn their backs on the sources of the grease that make the skids of Alaska's economy function. Alaska needs its jobs, including the potential mines like Pebble and Donlin. Is there any greater evidence available than July 28, 2021, 8.2 magnitude Perryville earthquake that Pebble will be safe from natural occurrences?

The United States is not the wealthiest country in the world because of artfully written regulations or persuasive advocates for humanitarian causes. Our success as leaders of the free world has occurred despite the Good Guys (even though it is nice to have a few around).

President Biden, not surprisingly, has set his Executive Order pen to reversing a few of the wiser things his predecessor was able to address in a hostile environment. Without putting too fine a point on it, Alaskans need help from Big Government and restrictive constraints don't help.

President Eisenhower, among his other sterling qualities, liked to play bridge. Allegedly, he always won. Just as it would be unconscionable to outscore the last President on the golf course, back in the Fifties, it would have been inappropriate to set the President at the bridge table. But when it comes to the Big picture, perhaps a little flexibility would be in order.