Ascot is adding gold to Premier mine plan 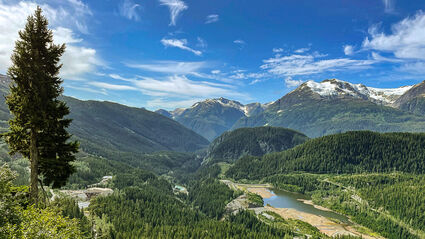 Ascot Resources' Premier gold-silver mine property near the town of Stewart, British Columbia.

As it closes in on reestablishing the Premier Mine, Ascot Resources Ltd. is expanding and upgrading resources that would feed ore into the updated mill at this gold-silver operation on the outskirts of Stewart, British Columbia.

Home to a past-producing mine that last operated in the 1990s, Premier has all the major infrastructure – mill, crushing and grinding circuits, tailings storage area, and hydroelectric grid power access – in place to resume operations.

A feasibility study completed in 2020 envisions four underground mines – Silver Coin, Big Missouri, Red Mountain, and Premier – providing ore to an updated version of the existing mill at Premier. At 2,500 metric tons per day, this operation is expected to produce roughly 1.1 million ounces of gold and 3 million oz of silver over the first eight years of the mine.

Following on the success of 2020 drilling, the 18,047-meter drill program carried out during 2021 focused largely on identifying new areas for prospective resource growth, especially around the Premier and Big Missouri deposits.

This program got started by testing a large expansion area west of the main Premier deposit, a lower-elevation area that is easier to access early in the year.

The initial seven holes of the 2021 program all cut a zone of gold-silver mineralization typical for Premier at around 70 meters, and three holes that were drilled deep enough encountered deeper high-grade copper-silver mineralization in a broad zone of sulfides identified by an induced polarization geophysical survey.

"Production at the Premier mine dates back as far as 1918 and gold and silver were historically produced alongside copper and other base metals, so the discovery thereof is not altogether surprising," said Ascot Resources President and CEO Derek White.

Geotechnical and exploration drilling about 400 meters south of the initial seven holes and about 600 meters west of the Premier-Northern Light resource encountered additional gold and silver near the mill.

As of late November, Ascot was still awaing results for 10,875 meters of drilling completed in 57 holes drilled during the 2021 season. 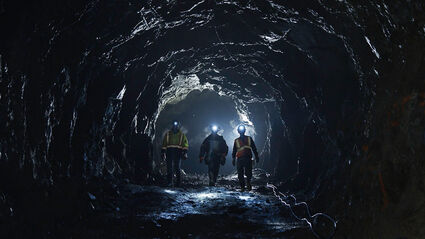 Ascot Resources workers in the underground workings from historical mining at the Premier gold-silver project in British Columbia's Golden Triangle.

As drills were expanding and upgrading resources, Ascot was preparing for new Premier mining with orders for long-lead-time equipment it will need for the operation. This includes orders put in at the end of 2020 for the SAG and ball mills to upgrade and update the concentrator facility.

By November, most of these important pieces to the upgraded recovery plant outlined in the feasibility study had been delivered and installed.

With the amended provincial permit in hand, Ascot expects to begin underground development at the Big Missouri deposit in April and reach ore there by fall. This schedule puts Ascot on pace to start commissioning the upgraded Premier mill in October and be scaled up to commercial production by the first quarter of 2023.