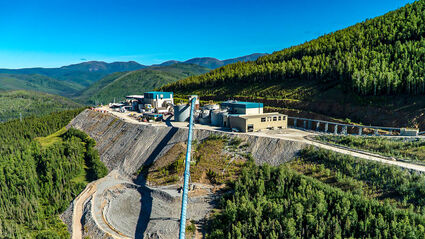 Since acquiring Pogo in 2018, Australia-based Northern Star has invested heavily into exploration, mill upgrades, and underground development at its first North American mine.

Looking to expand resources and build reserves for the expanded mill at its Pogo gold mine in Alaska, Northern Star Resources Ltd. carried out surface drilling across the Goodpaster discovery zone and Central Gap prospect, along with underground drilling that focused on most of the ore systems at this high-grade underground mine.

To expand and upgrade these resources, Northern Star continued to carry out surface drilling at Goodpaster, a large discovery about 1,500 meters northwest of the underground workings at Pogo.

After cutting back on exploration at Pogo due to COVID-19, Northern Star returned to Goodpaster late in the third quarter of 2020. This program, which continued into 2021, involved in-fill drilling to upgrade resources at this large deposit.

While drills focused on building resources and reserves, crews put the finishing touches on US$55 million in upgrades at Pogo that included increasing the mill throughput capacity to 1.3 million metric tons per year; accelerating underground development to access more ore to feed into the higher capacity mill; and improve both surface and underground infrastructure to support the company's growth vision for the mine. 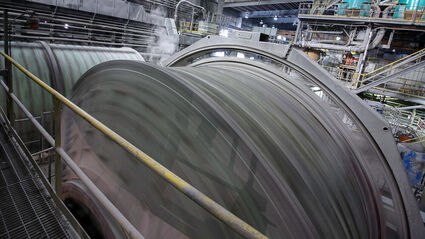 With recent expansions to the mill, Northern Star's Pogo Mine is expected to produce upwards of 250,000 oz of gold this year and 300,000 oz during fiscal year 2023.

Despite being slowed by a rash of COVID cases that swept through the camp at the remote Alaska mine during 2020, these upgrades to Northern Stars' only mine outside of Australia were completed in September.

"I would like to extend a massive thank you and recognize the efforts of our workforce and business partners over in Alaska," said Luke Creagh, Northern Star Resources' chief operating officer of Pogo and the Yandal operation in Australia. "Like so many others around the world, they worked diligently and responsibly through the coronavirus pandemic to continue operations and have set Pogo up for continued success going forward."