Golden Triangle of projects for Newmont 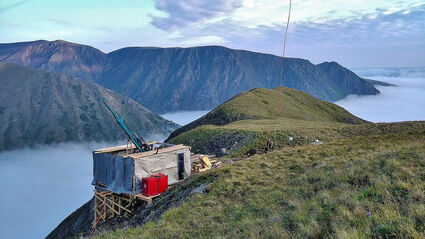 Newmont paid US$311 million to buy full ownership of GT Gold, which had outlined a large porphyry copper-gold deposit on its Tatogga property in British Columbia's Golden Triangle.

With the completion of the buyout of GT Gold Corp., Newmont Corp. has bolstered its portfolio of copper and gold projects in Northern British Columbia and the Yukon.

"With the acquisition of GT Gold and the Tatogga project in the highly sought-after Golden Triangle district of British Columbia, Canada, Newmont continues to strengthen our world-class portfolio," said Newmont President and CEO Tom Palmer.

Newmont first grabbed a solid foothold in the Golden Triangle with the 2018 acquisition of Novagold Resources Inc.'s 50% interest in Galore Creek, a large copper-gold-silver project it now owns in partnership with Teck Resources Ltd.

This interest in Tatogga came on the heels of GT Gold's discovery of Saddle North, a porphyry copper-gold deposit similar to those at Newcrest Mining Ltd. and Imperial Metals Corp.'s Red Chris mine about 20 kilometers (12.5 miles) to the southeast.

To expand upon these mining and exploration opportunities, Newmont paid US$311 million (C$393 million) in cash to acquire 85.1% of common shares of GT Gold not already owned by the global gold mining company.

Already having a presence in the Golden Triangle, Newmont says it has begun building a relationship with the Tahltan Nation, whose traditional territory covers both Tatogga and Galore Creek.

"We look forward to continuing to build a respectful and meaningful relationship with the Tahltan Nation, including the community of Iskut," said Palmer. "The relationships we have with indigenous communities, First Nations, and host communities are critical to the way we operate. We will partner with the Tahltan Nation at all levels, and with the government of British Columbia to ensure a shared path forward as the company understands and acknowledges that Tahltan consent is necessary for advancing the Tatogga project."

For GT Gold, the transaction marks the ultimate objective of many junior exploration companies – a quick and fair buyout by a major mining company.

"As we pass custody of this world-class property to Newmont, we are sure it is in the best hands," said GT Gold Executive Chairman Ashwath Mehra. "I would like to thank the whole team of employees, consultants, advisors and directors, who over the years have helped create GT Gold and made it what [it] is today." 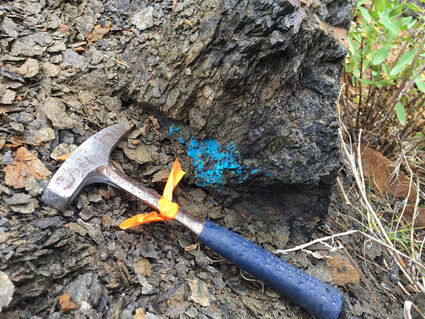 Founded in 2016, GT Gold advanced Tatogga from grassroots exploration to a project with a deposit that attracted a buyout by Newmont in just five years.

Newmont also gained ownership of the Coffee Gold Mine project in the Yukon through its 2019 acquisition of Goldcorp Inc.

A feasibility study completed in 2016 details plans for an open-pit, heap-leach gold operation capable of producing 184,000 oz of gold annually over an initial 10-year mine life.

Newmont, which acquired Goldcorp before the start of any major construction at Coffee, has regressed the Yukon gold project to the prefeasibility stage in order to carry out additional exploration, confirm advance permitting, and enhance its overall understanding of this asset in Yukon's White Gold District.