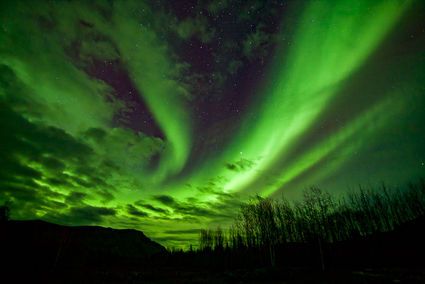 The aurora borealis lights up the night sky over the Coffee Gold project in the Yukon. By the time Goldcorp Inc. bought Kaminak Gold Corp. for roughly C$520 million, Electrum Strategic Opportunities Fund owned roughly 11.2 percent of the junior that owned Coffee.

Since investing roughly US$70 million to acquire a 28 percent stake in Novagold Resources Inc. in 2009, American billionaire Thomas Kaplan and his Electrum Group of companies have taken a keen interest in some of the more intriguing mineral exploration companies and projects in Alaska and across Canada's North.

Kaplan, an Oxford-educated historian that began investing in natural resources in the 1980s, knows that gold has served as a currency throughout mankind's written history and believes the precious metal continues this role in society today.

"Gold is not a commodity, it is a currency with the longest known provenance we have – actually gold and silver," he asserted in 2011. "And, that is extremely important because when you start looking at something no longer as a commodity but as a currency, you have to really assess; what is that market, is it deep enough to give people the opportunity to play?"

Kaplan believes the gold market is not deep enough, which is one of the reasons he invested in Novagold, a Vancouver, B. C.-based junior that owns 50 percent of the 39-million-ounce Donlin Gold project in Alaska.

"To us, Novagold is the right story at the right time," Kaplan, Novagold's chairman, penned in the company's 2018 annual report. "It represents a once-in-a-lifetime opportunity to make the very lowest risk/highest reward trade in gold."

While Kaplan is an outspoken advocate for gold, investments made by private equity funds managed by Electrum go beyond the precious metal to include junior mining companies exploring for nickel and platinum group metals in the Yukon; zinc and copper in Alaska and diamonds in Nunavut.

The timing of Electrum's investment in Novagold was opportunistic for both companies.

With the market for junior mining companies in shambles, Novagold needed to raise the money to fund its half of permitting, and potentially developing, the world-class Donlin Gold project in Southwest Alaska. For Electrum, this roughly 40-million-ounce gold project on American soil meets all the criteria founder Kaplan looks for in an investment opportunity.

"Donlin Gold is a uniquely attractive asset," he said at the time. "In size, it ranks among the top 1 percent of gold deposits in the world and its grade, long mine-life and exploration potential are exceptional. In addition, Donlin Gold is located in the right place – the United States."

As chairman of Novagold, Kaplan continues to be a strong supporter of the company and its world-class gold asset.

"I am convinced that the rewards I received from my past investments in silver, energy and platinum were in many ways a rehearsal for the main event: Donlin Gold," he wrote in the Novagold 2018 annual report.

In preparation for this "main event," Novagold and its Donlin Gold partner, Barrick Gold Corp., are finalizing optimization work aimed at enhancing the project's execution plan, while maintaining upside potential and collecting the information that will be needed to update a feasibility study completed in 2011.

This study details a 53,500-metric-ton-per-day operation that is estimated to produce about 1.1 million oz gold annually over a projected 27-year mine-life.

The price tag to build the mine was nearly US$7 billion, which includes a roughly US$1 billion pipeline to deliver natural gas to the enormous gold project.

As part of the optimization studies, Barrick and Novagold carried out a 16-hole drill program at Donlin in 2017 that provides the partners with a better understanding of the mineralization and structures within the targeted zones. This information is being used to engineer a more fit mine.

"One of the opportunities being studied is the ability to mine more selectively, which could improve feed grade," said Novagold President and CEO Greg Lang.

It is anticipated that Donlin Gold will start out as a somewhat smaller operation that focuses on higher-grade portions of the deposit and then scales up to the permitted size in stages.

Such a strategy would reduce initial capital outlays and could improve project economics.

"Innovative technologies in logistics and automation, and modular construction techniques to improve efficiencies," are other optimization ideas the Donlin Gold partners are looking into, said Lang.

Novagold and Barrick have won major federal permits needed to develop a mine at Donlin Gold.

Kaplan said the finalization of permitting and work being put into streamlining Donlin Gold, when coupled with the potential upside in the gold market could result in the "perfect storm" for Novagold and its stakeholders.

"I happen to be more bullish about that occurring than ever before," the Novagold chairman inked in his February letter to shareholders.

Kaplan's bullishness towards gold and his steadfast adherence to investing in politically stable jurisdictions goes beyond Donlin.

In 2015, Electrum raised roughly US$200 million to invest in junior mining companies. Much like Novagold in 2009, these mining explorers were looking for cash to advance their projects in a market largely unwilling to bank on the sector.

"We are building up a war chest, given what we think is a unique buying opportunity in the metals and mining industry," Electrum Group CEO Eric Vincent told Reuters at the time.

Kaminak Gold Corp. and that company's Coffee Gold project in Yukon's famed White Gold District was among the places Electrum deployed cash from this war chest.

Early in 2016, Kaminak published a feasibility study that detailed an open-pit, heap-leach gold operation at Coffee producing 184,000 oz of gold annually over a 10-year mine life at all-in sustaining costs of US$550/oz.

The ability to buy into this promising mining explorer at around C82 cents per share before the study and C$1.05 per share after was just the unique type of buying opportunity Electrum was looking at.

During that same time, Electrum Strategic Opportunities Fund paid some C$18 million to buy 60 million shares, or about 13.6 percent interest, in Victoria Gold Corp. as the junior exploration company reached the cusp of developing a mine at its Eagle Gold project in the Yukon.

The open-pit, heap-leach operation at Eagle Gold is expected to produce 190,000 oz of gold annually over a 10-year mine life from 116 million metric tons of reserves averaging 0.67 grams per metric ton (2.66 million oz) gold, according to a feasibility study completed in 2016.

Victoria Gold broke ground on the future mine in 2017 and is targeting its first gold-pour at Eagle in 2019.

By mid-2018, Electrum owned 70.4 million Victoria shares, or about a 9.1 percent stake in the emerging gold producer.

This year Electrum Strategic Opportunities Fund II invested slightly more than US$13 million to nab a 14.3 percent stake in International Tower Hill Mines Ltd., a junior that is optimizing plans to develop a mine at its 11.5-million-oz Livengood gold project about 70 miles northwest of Fairbanks, Alaska. The project, fortuitously, is situated alongside a paved highway.

ITH's current mine plan for Livengood, as outlined in a 2017 pre-feasibility study, calls for a 52,600-ton-per-day operation that would produce 6.8 million oz of gold over 23 years.

"ITH is an excellent fit for Electrum. Its multimillion-ounce Livengood Gold project located in Alaska, the second largest gold-producing state in the U.S., is exactly the type of project we seek to invest in," said Electrum President Igor Levental. "Furthermore, what makes ITH particularly special among developers in the precious metals space is its management team, with an exceptional track record of advancing and permitting mines in Alaska, a strong board with an incredible depth of experience in taking assets up the value chain in a disciplined fashion and top tier long-term, value-oriented investors involved with the company."

The firm's first investment in Alaska's base metals sector came as a by-product of its ownership in Novagold.

Shortly after Electrum's investment, Novagold founder and president Rick Van Nieuwenhuyse stepped down to make room for a mine development team and took the helm of NovaCopper Resources (now Trilogy Metals Inc.), a spin-out to advance Novagold's copper-rich assets in the Ambler Mining District assets of Northwest Alaska.

At the time of the spin-out, Van Nieuwenhuyse cut a deal to merge a block of state mining claims held by Trilogy that stretches 70 miles (110 kilometers) along the southern slopes of the Brooks Range with a land package immediately to the south that is owned by NANA, the Alaska Native regional corporation that represents the Inupiat people of Northwest Alaska.

These resources are found in two deposits – Arctic and Bornite – about 16 miles apart.

Arctic, the most advanced of the two projects, is slated to produce 1.9 billion lb of copper, 2.4 billion lb of zinc, 405 million lb of lead, 367,531 ounces of gold and 40.2 million oz of silver over an initial 12-year mine life, according to a prefeasibility study completed earlier this year.

Bornite, which is earlier staged but advancing rapidly, hosts roughly 6.4 billion lb of copper and all of the cobalt outlined so far at UKMP.

A US$17.5 million program carried out this year is advancing Arctic toward feasibility and permitting and continuing to expand the already large copper and cobalt resource at Bornite.

While Electrum's stake in Trilogy Metals was a perk of investing in Novagold, the New York-based investor actively bought into Constantine Metal Resources Ltd., another Alaska-focused base metals exploration company, in 2018.

"We welcome the Electrum 'family' as a major shareholder, who we have had a long-term association with," said Constantine President and CEO Garfield MacVeigh.

Thanks to investments by Electrum and others, Constantine raised C$10 million, which is helping to fund the company's 51 percent share – project partner Dowa Metals & Mining Co. Ltd. is funding the balance – of a US$9 million exploration program at Palmer.

Nickel Creek focused primarily on metallurgical and other optimization studies this year and expects to be able to incorporate the results into a new mine plan and economic model to serve as a basis for a preliminary economic assessment expected this year. 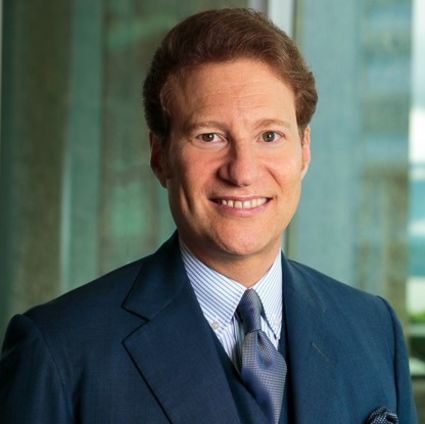 "By the end of the current and final stage of metallurgical testwork, the company should be well-positioned to continue moving the project up the value chain towards the goal of advancing the project to become Canada's next large-scale nickel-copper-cobalt-PGM sulfide producer," said Nickel Creek President and CEO Diane Garrett.

Together, this portfolio of strategic opportunities makes Electrum one of the most active investors in mining exploration and development companies across Alaska and Canada's North.